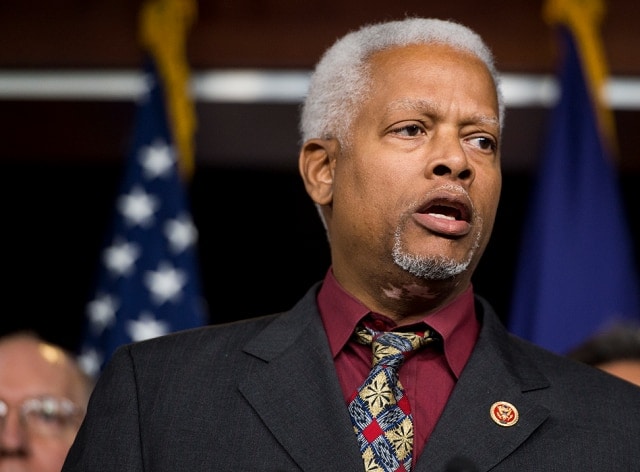 The legislation comes after Jim Cooley made headlines when he walked through Hartsfield-Jackson International Airport with his AR-15. Cooley claimed that authorities at the time harassed him for exercising his Second Amendment rights. Nevertheless, as he complied with local and federal laws, was not detained.

Johnson aims to prevent such incidents in the future by banning both lawful concealed and open carry in the nation’s airports under federal law.

“Airports are the gateway to commerce throughout the world and the front door to the communities they connect for millions of passengers who visit the United States each year,” said Johnson in a statement. “It defies logic that we would allow anyone other than law enforcement officials to carry a loaded gun within an airport. This bill is simple common sense.”

Johnson’s proposal, termed the Airport Security Act of 2015, has been entered as H.R. 2767. It would ban everyone except for law enforcement and Homeland Security from carrying a loaded firearm in unsecured areas such as lobbies, baggage claim areas and even outside drop-off areas.

The only exception would be for unloaded guns in locked cases.

In essence, it would turn the entire airport into a gun free zone.

A plethora of gun control groups to include the Brady Campaign, The Violence Policy Center, Center for American Violence, States United to Prevent Gun Violence, and the Coalition to Stop Gun Violence among others support the measure.

Johnson’s bill, in a GOP-controlled House, would have to overcome what may be significant opposition.

It has been referred to the House Committee on Homeland Security.