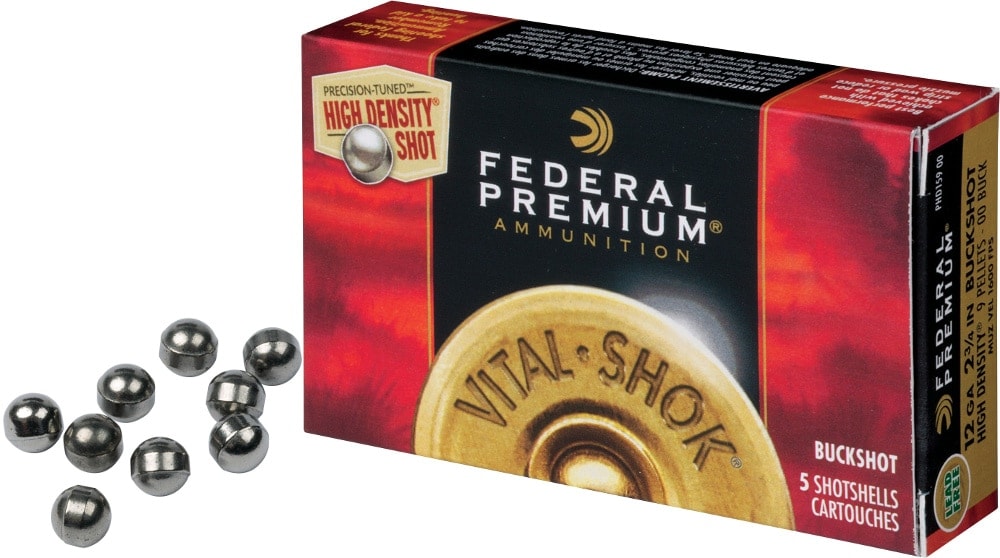 A good alternative where lead isn’t an option. (Photo: Federal)

Federa Premium announced that Vital-Shok High Density 12-gauge buckshot is now for sale to the general public. Previously tested and employed by feral hog exterminators, this tungsten-based buckshot is a viable alternative to lead where lead ammo is restricted.

As a side benefit, it’s pretty high-velocity stuff, leaving the muzzle at 1,600 feet per second. Like with a lot of fast-and-light ammo, it should have felt recoil without sacrificing performance.

Low-recoil ammo is increasingly popular with shotguns, 12-gauge shot in particular. These shells are loaded with nine 00 pellets and like with more than a few Federal shotgun loads, they use Flightecontrol wad cups that have proven in testing and in the field to produce tight, dense groups that are effective even at longer ranges.

There is one drawback to using tungsten, it’s expensive. The tungsten alloy used to make the pellets doesn’t come cheap and a box of 5 2-3/4 shells has an MSRP of $16.95. Even with lower real-world prices, this stuff isn’t for hunters and shooters looking just for a low-recoil, high-velocity load, it’s for people who don’t have the option of shooting lead.

That being said, this looks like a nice lead-free alternative, and cost aside, will make some hunters very happy. We look forward to hearing your results with this new load.