FN kicks off its 'Get Out and Shoot' campaign 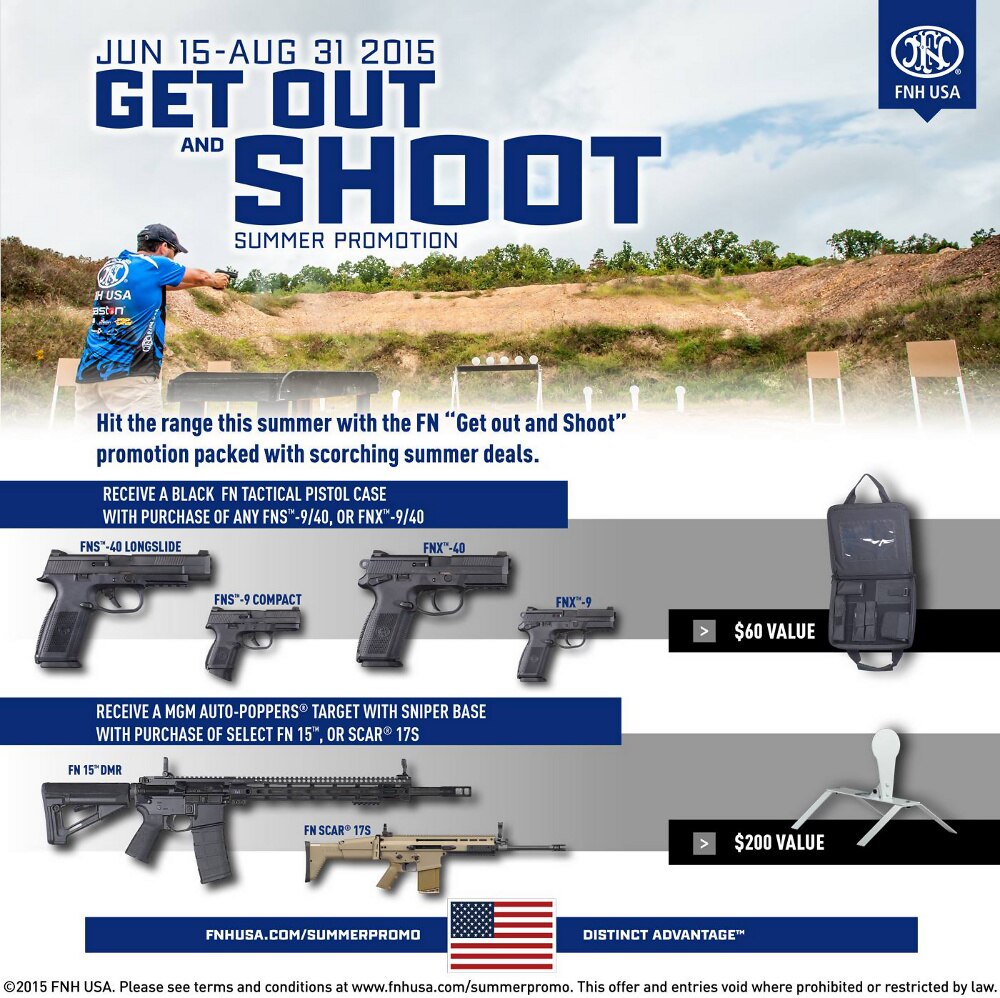 Summer time is promo time and FN is ready to play with its “Get Out and Shoot” campaign. For a limited time if you buy any eligible handgun you can get a pistol bag for the range, and if you buy any of the listed rifles, you can get an MGM Targets Auto-Popper.

FN’s promo applies to most of its new products including pistols and rifles but doesn’t apply to its entire catalog, so be sure to check the promo page for full details and product numbers. Certain rifles and law enforcement packages aren’t included in the promo. The promo covers guns sold between June 15 and Aug. 31.

That still leaves a solid spread of FN goodies such as its FNS series, down to the newest sub-compact FNS-9 Compact, along with the rest, counting the long-slide and service-length models in 9mm Luger and .40 S&W. FN is also giving away pistol bags with their striker-fired FNS and hammer-fired FNX series of 9mm and .40 S&W handguns.

The range bag retails for $59 which is a nice bonus and it holds a pistol and two spare mags, but the big prize comes with the purchase of one of FN’s rifles or carbines, a self-resetting Auto-Popper steel target. If you buy a select rifle during the summer promo you’ll get an MGM Targets Auto-Popper and raised Sniper Stand worth over $200.

FN rifles eligible include the FN-15 family rifles including the Carbine, Patrol Carbine, Tactical Carbine, Rifle, DMR and Sporting models. In addition to FN’s AR-pattern rifles, the promo applies to the company’s SCAR 17S, considered by many to be the most advanced 7.62 NATO rifle on the market.

This isn’t the only promo going on this summer by a long shot, so choose carefully. Beretta and Browning, Grand Power and Kahr, SIG Sauer and Springfield Armory are all making it easy to add guns to your collection this year.