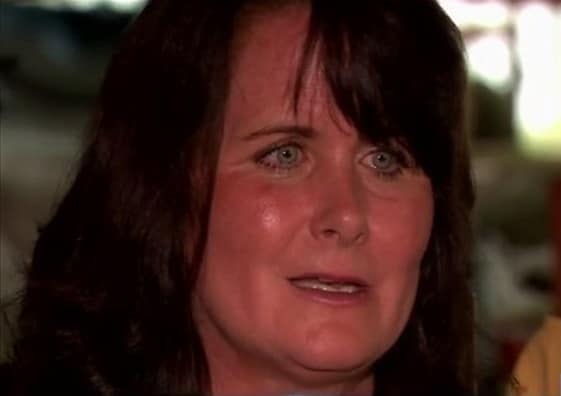 Gigi Kearns is heartbroken over the school’s decision to terminate her simply because she was trying to protect her students. (Photo: WABC)

A supervisor for an after-care program at a Long Island elementary school was recently fired after officials received a complaint that she had discussed the Sandy Hook shooting with her students.

Gigi Kearns, who has worked for the Dickinson Avenue Elementary School for 15 years, said she and her students were in the middle of a mandatory lockdown drill when a group of six students began misbehaving, not taking the drill seriously and laughing. Their actions caused another student to shout, “Hey guys, we’re doing this drill because of Sandy Hook,” Kearns explained to a local ABC affiliate.

After the drill, Kearns took those six students aside and talked with them about the drill, during which time one inquired as to what the other student meant about Sandy Hook. Kearns proceeded to tell the students about the mass shooting and show them some of the photos from the incident, which included a picture of the shooter, Adam Lanza, as well as pictures of upset parents and students being escorted to safety.

Kearns, who is a retired New York City police officer and accustomed to talking with children about stressful and sensitive situations, then explained to the students what she would do to protect them in the event that something like the Sandy Hook tragedy occurred at their school.

“I think that is what they gravitated towards,” Kearns told CBS New York. “There was no fear involved.”

However, at least one parent complained about Kearns discussing the subject with the students, and a few days later, officials with SCOPE Education Services, which runs the after-school program, fired her.

Kearns now says that she doesn’t understand the decision, that it makes no sense to her, and evidently quite a few parents agree.

“I think we’ve gone to a tipping point in our culture, and the fear of the PC police and lawsuits have actually started destroying people’s lives, and I think when people like GiGi, who simply wants to help our kids is thrown under the bus, something is seriously wrong,” said parent Bill Blaney.

“Gigi has kind of become like a family member. Somebody that everybody really feels good about her taking care of our kids,” added parent Joan Stegner, whose daughter has started an online petition to reinstate Kearns.

Still, SCOPE stands behind its decision, which they said was in the best interest of the children and the result of “poor judgement” on Kearns’ part.

But even a parent of one of the misbehaving children, Aya Blarney, felt SCOPE mistreated Kearns and jumped the gun without conducting a thorough investigation.

“Everyone has different opinions and ways about teaching kids lessons and show how the world is today, but I do not feel GiGi did anything wrong,” Blarney wrote on the petition.

While Kearns waits to see if she will be allowed to return to work, the signatures on the petition, which have now reached more than 1,100, continue to grow. And among those signatures are several parents whose own children were attending Sandy Hook Elementary School at the time of the mass shooting.