Got $48K? Drop it on a rare 1916 WWI motorbike with matching machine gun (VIDEO) 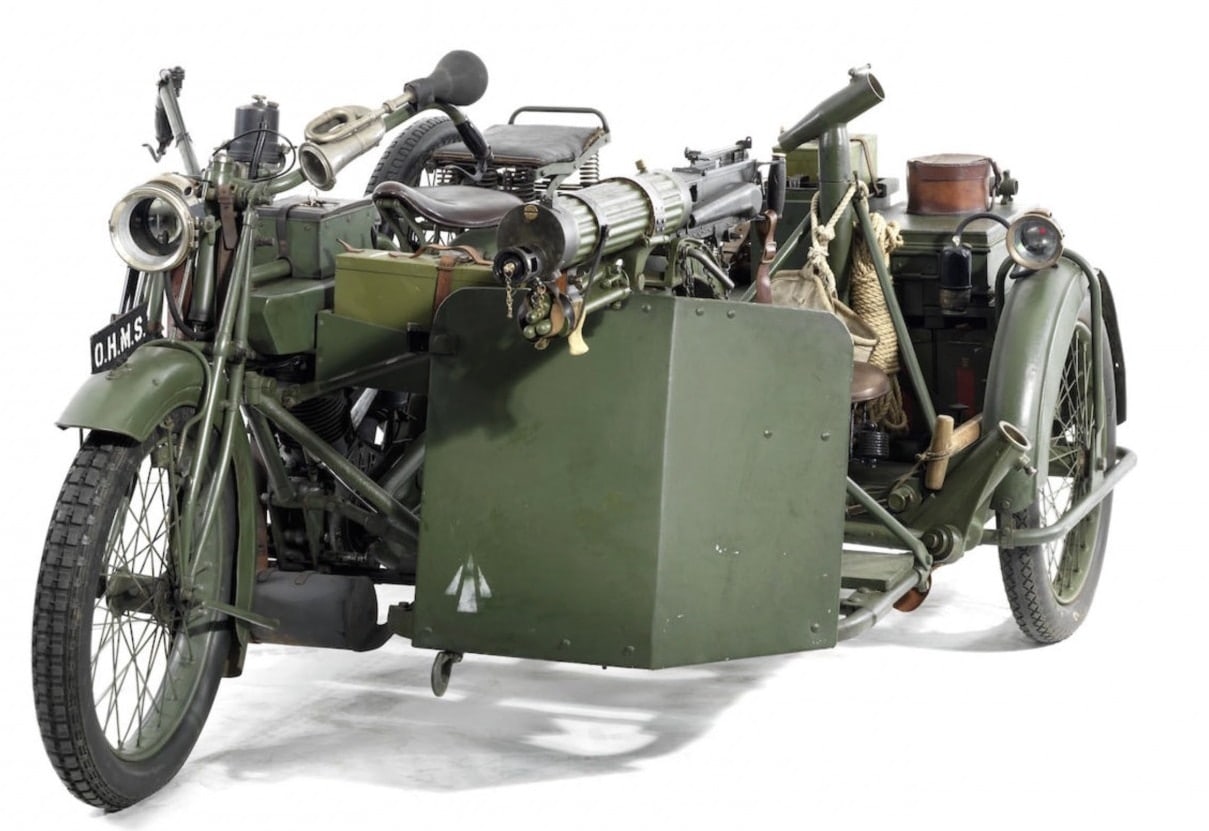 Doesn’t it look like something from Mad Max? (Photo: Bonhams)

Up for auction on Saturday by Bonham’s is one of the last surviving WWI-era British Matchless motorcycles complete with a Vickers machine gun sidecar.

The motorbike, a Matchless-Vickers 8B2/M Russian Military model, is one of a contract of some 250 of the vehicles made for the last Tsar of Russia in 1916, then a key British ally in World War One. However, before these war chariots could be shipped to the Eastern Front the Tsar got kicked off his throne by the Revolution, stranding the bikes in England.

After the war Matchless auctioned them off for far less than the Tsar ponied up for them– without the belt-fed water-cooled .303 Vickers however. 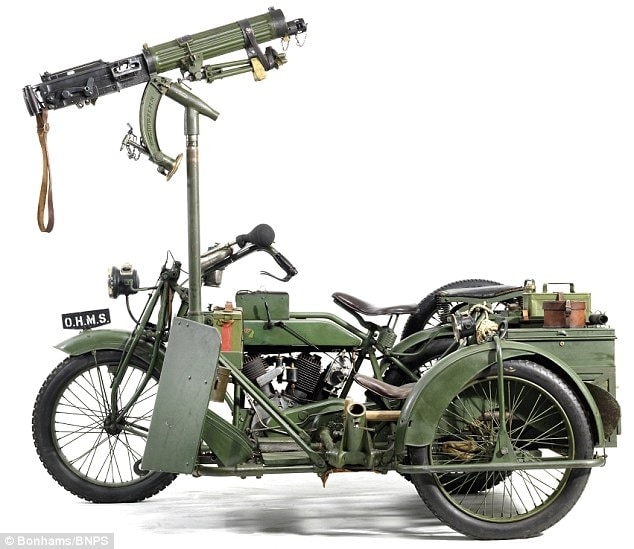 Note the folding bipod on the Vickers for use when dismounted. And you thought that Harris invented that, didn’t you? (Photo: Bonhams) 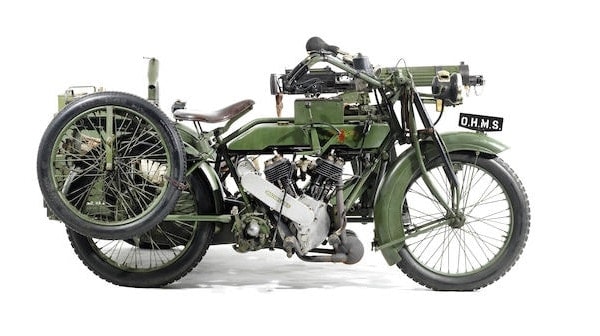 According to Bonham’s, its the last one left registered and its 97cc engine, complete with vintage Sphinx spark plug, runs.

Sadly, the Vickers, mounted sometime later, has been demilled, as British law is somewhat funny about gun control. 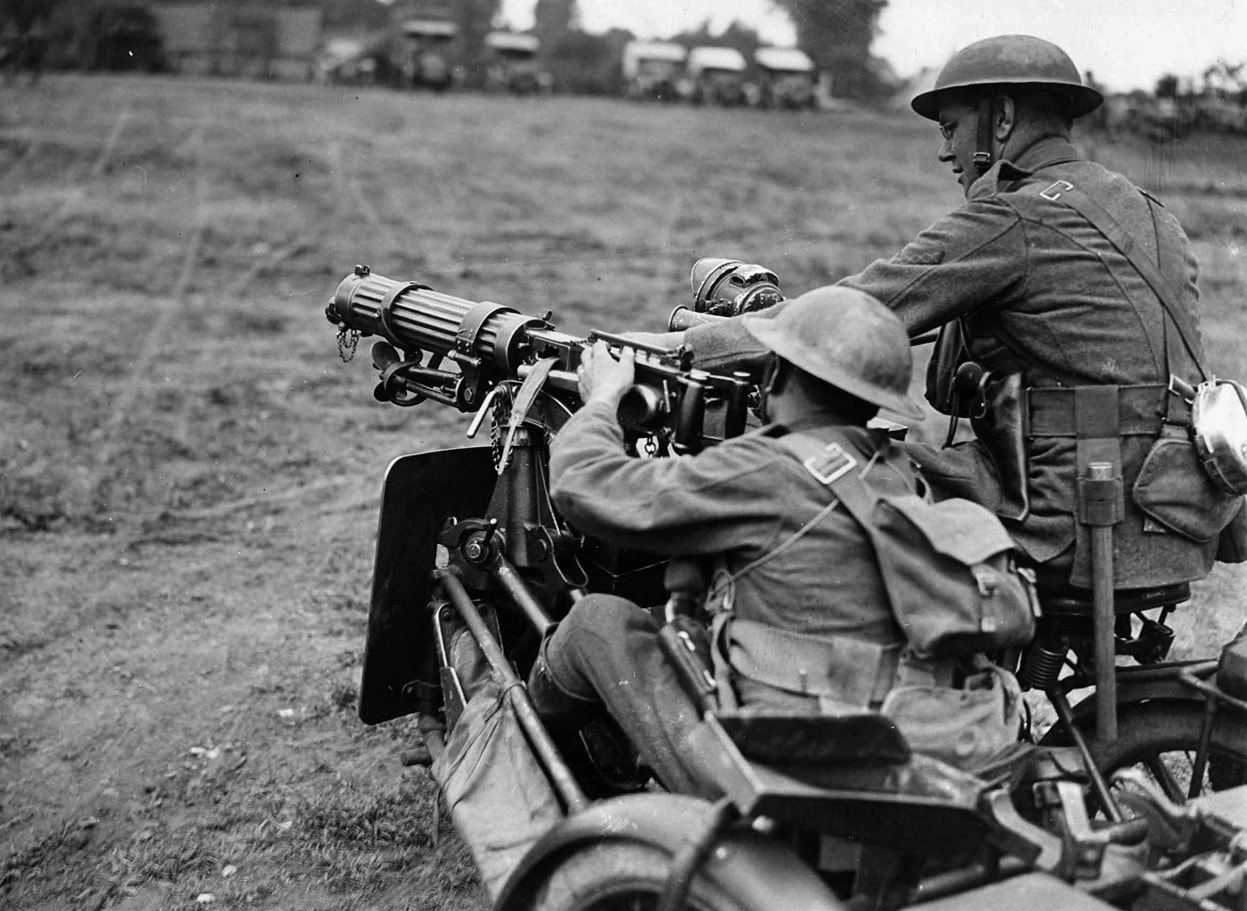 A British Clyno-Vickers in service. These were much more common than the rare Matchless-Vickers but you get the general idea. Bonus points if you noticed the Webley .455 revolver in the driver’s open-topped cross draw holster. (Photo: National Library of Scotland)

According to the Daily Mail, the current owner, Chris Roberts, bought the Matchless in 1998 and spent years restoring it. Below is a video of the bike in action at a Great War reenactment. Just listen to that vintage 1916 roar.