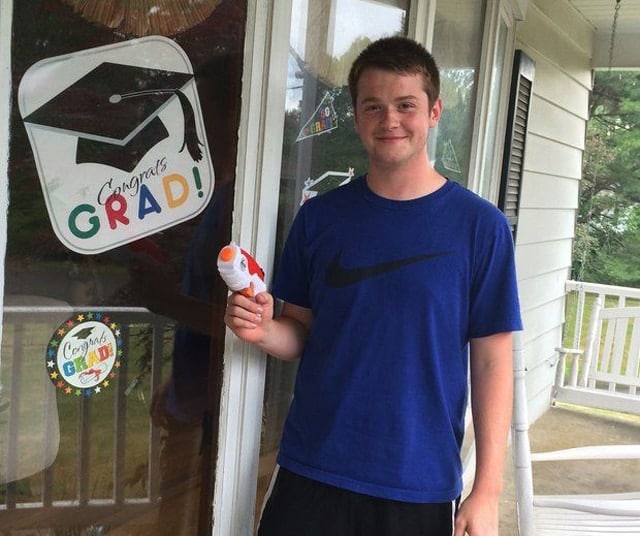 Chris Smith and one other student were told they could not walk at graduation after the water gun prank went awry. (Photo: NJ.com)

A New Jersey teen all geared up for graduation Friday won’t have the opportunity to walk across the stage to collect his high school diploma, and he said it’s all because of a senior prank last week involving water guns that led to a lockdown drill.

Chris Smith and several other seniors at Robbinsville High School brought water guns to school on June 9. The plan was for the students to retrieve the water guns during lunch and bring them inside the school as a prank, but the plan was never fully executed.

Some members of the school faculty had a heads up on the idea when several students jumped the gun and entered the building with their water pistols earlier than originally planned. At that point, the school went on a lockdown drill to keep the other students at bay, according to a report from local media.

As the students outside began to wander away, Smith opened one of the locked doors, which allowed more water pistol-packing students inside. Unbeknown to Smith, the students who were already inside were told by the principal not to open the door or they wouldn’t be allowed to walk at graduation.

Nonetheless, the following day, Smith received a phone call from the principal informing him that he would not be able to walk at graduation.

“None of us over here mind a good prank, we’re just trying to make sure there’s good boundaries and parameters there,” said Robbinsville Superintendent Steven Mayer, adding, “It was one of those things that we did to make sure nobody slipped and fell or got hurt unintentionally.”

But Smith said nobody was even hit during the water gun fiasco, except for the athletic director who was telling the students “everyone shoot me.”

Mayer refused to comment on Smith’s statements, but simply indicated that he stood by the school’s decision.

“I think it’s a little bit extreme and a little bit over the top that they’re not letting him walk,” Fried said.

He said he believes the school has sent mixed messages and that although Smith may have made a mistake, so did the school. Fried said the school, which has had a long history of senior pranks, can’t allow one thing one time and not the next. He said the school should have been more clear on their position about the pranks or water guns.

Still, in an email sent to parents, Mayer said the students involved in the prank “did not secure a safe set of boundaries” and that the prank created an environment which raised concerns over the safety of both those participating and bystanders.

Mayer also claimed the disciplinary action wasn’t the result of the water guns, but rather because they directly defied the instructions of the principal and created an unsafe environment at the school.

“I wish I had pardon powers,” Fried said. “I’d pardon the young man.” 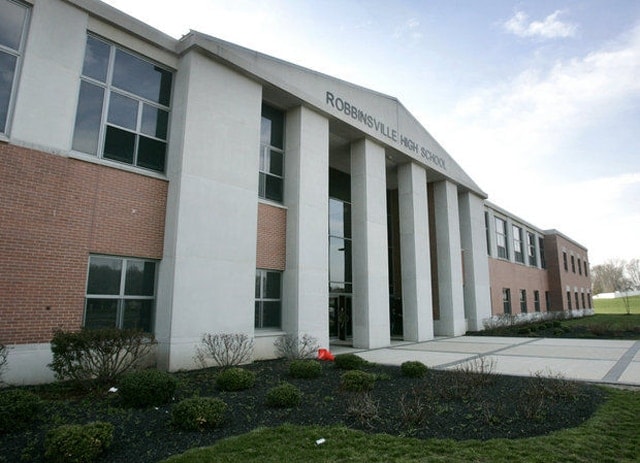 The school had already planned a lockdown drill and apparently the presence of a water gun just made it seem more appropriate. (Photo: NJ.com)