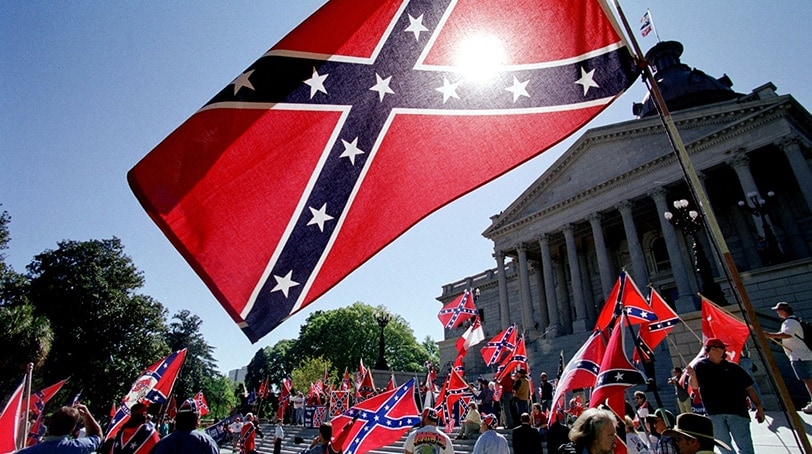 For many, the deadly shooting at a historic black church in Charleston, South Carolina, this week was a senseless tragedy, but for the shooter – apprehended by police shortly after allegedly murdering nine innocent people – the act was purposeful.

The 21-year-old white suspect wanted to start a race war, he confessed to police.

He sat in the Emanuel African Methodist Episcopal Church in Charleston for approximately an hour Wednesday night while the congregation was in service before opening fire, the Charleston Police Department told Guns.com.

“We woke up today, and the heart and soul of South Carolina was broken,” Gov. Nikki Haley said, nearly crying, at a press conference.

The church is historically known as a hub of the black community and could have been targeted for this reason, according to media reports. It was a church that was destroyed by fire because of the congregation’s work to end slavery. To that end, it held secret meetings and persisted during one of the worst periods for black Americans in the nation’s early history.

Because of this – the church’s storied past – the shooting is under investigation as a possible hate crime, committed by someone with a history of racist views.

Despite the perceived level of hate that fueled the killings, the family of the victims forgave the alleged shooter, who stood apparently handcuffed, in front of two officers, on a video feed. Family members sat in the courtroom awaiting results of the bond hearing, when the judge invited them to speak to the alleged killer on the TV screen.

“We would like you to take this opportunity to repent. Repent. Confess. Give your life to the one who matters the most: Christ. So that he can change it,” Anthony Thompson said.

One woman played dead the night of the shooting. She survived, but her son wasn’t as fortunate. She told the alleged gunman the congregation welcomed him to their Bible study with open arms.

“You have killed some of the most beautifulest people that I know. Every fiber in my body hurts,” said Felicia Sanders.

For black Americans, who have had a rocky road to equality – which some would argue has not yet been achieved – this hate crime was terrifying, but not surprising.

“I can’t recall any other time in my life that I’ve felt this much hate and terror as a black American in my own country. And I am disgusted,” wrote Roxanne Jones in an opinion piece for CNN. “Hate crime doesn’t begin to describe the church shooting. It was an act of terror – how every black person (and people of other races) I know describes the massacre. We feel angry and terrorized and ashamed of our nation.”

The Daily Show’s Jon Stewart opened his Thursday show echoing that sentiment, saying he’s sad that racism exists to the degree that it does in this country and Americans pretend that it doesn’t.

It’s a “gaping racial wound that will not heal, yet we pretend doesn’t exist. I’m confident, though, that by acknowledging it, by staring into that and seeing it for what it is, we still won’t do jack shit,” Stewart said.

Stewart also called the shooting a terrorist attack on a symbol for the black community.

“It has stood in that part of Charleston for a 100-and-some years and has been attacked viciously, many, many times, as many black churches have – there’s no nuance here,” Stewart said.

Stewart took aim at the Confederate flag, which many hold as a racist symbol, saying it still flies in the state over roads named after Confederate generals.

“And the white guy feels like the one whose country is being taken away from him,” Stewart said.

After the shooting, the city of North Charleston said it would fly its flags at half-staff for nine days in memory of the victims. Many criticized the fact that all but the Confederate flag were lowered on the city’s flag poles.

It was later revealed the Confederate flag, on a different pole, was not hoisted on a pulley system, but in a fixed position, requiring it to be completely removed from the pole.

GOP Presidential hopeful Sen. Lindsay Graham defended the flag, calling it “a part of who we are.”

“The flag represents to some people a Civil War and that was symbol of one side. To others it’s a racist symbol.”

The senator admitted the flag has been used in racist ways, but it’s a symbol of the war and for the state of South Carolina, “it works here.”

A columnist for the New York Times wrote a piece on how not to respond to the murders in Charleston, calling Graham’s defense of the flag “offensive and incoherent.”

The writer, Andrew Rosenthal, also criticized Charles Cotton, a board member of the National Rifle Association, who “engaged in a sick act of victim blaming.”

“He said Clementa Pinkney, a pastor and state legislator who was gunned down in the church, ‘voted against concealed-carry. Eight of his church members who might be alive if he had expressly allowed members to carry handguns in church are dead. Innocent people died because of his position on a political issue,’” Rosenthal wrote.

A Reuters columnist likened the church massacre to many of the horrific scenes that came out of the civil-rights era.

“A young white shooter allegedly committed mass murder at a sacred space of black activism, spiritual renewal and educational commitment,” Peniel E. Joseph wrote. “The slaughter provides a stark reminder of the way in which racial violence has been used to limit the hopes and aspirations of the black freedom struggle.”

“The nation’s contemporary racial climate evokes images that, shorn of social media’s ubiquitous presence, would not seem out of place 50 years ago, during Selma’s roiling voting-rights protests or, indeed, a century before that in the aftermath of the Civil War and the end of antebellum slavery,” Joseph wrote.

At a Hollywood fundraiser held in the posh West Los Angeles neighborhood of Pacific Palisades, President Obama on Thursday spoke with attendees about the shooting and other issues.

“To see such a horrific event unfold like that is particularly shocking and it’s a reminder that we’ve got a lot of work to do,” Obama said, according to a pool report.

The president said in a statement at the White House earlier that this type of mass violence doesn’t exist in other countries.

“It doesn’t happen in other places with this kind of frequency,” Obama said. “And it is in our power to do something about it. I say that recognizing the politics in this town foreclose a lot of those avenues right now. But it would be wrong for us not to acknowledge it. And at some point it’s going to be important for the American people to come to grips with it, and for us to be able to shift how we think about the issue of gun violence collectively.”