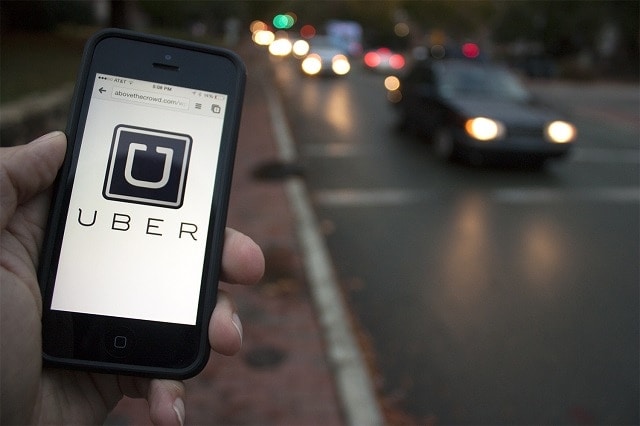 Do you carry and use Uber? If so, you may have some choices to make. (Photo: Beren South/The Daily Tar Heel)

Uber, the crowd-sourced vehicle for hire program that is sweeping the nation, has changed its policies and is now banning guns for anyone either using or providing their service.

The policy change, which was implemented last week, was reported by the New Republic Friday. This comes just two months after a lawfully-armed Uber driver in Chicago used his personal handgun to stop a gunman’s attack.

“We seek to ensure that everyone using the Uber digital platform—both driver-partners and riders—feels safe and comfortable using the service,” reads the policy. “During a ride arranged through the Uber platform, Uber and its affiliates therefore prohibit possessing firearms of any kind in a vehicle.”

The penalty for those found to have violated the new prohibition according to the policy could be the loss of access to the Uber platform, which in effect could lead to job loss for drivers and riders left on foot patrol.

Similarly, Uber’s primary rival in the ride hailing industry, the up and coming Lyft, also prohibits weapons for both riders and drivers.

Notably, neither service makes an exception for either law enforcement or permitted concealed carry.

On April 17, an unidentified 47-year-old Uber driver with a concealed carry permit observed 22-year-old Everardo Custodio allegedly firing a gun on a group of pedestrians. The driver then stopped and engaged Custodio with his own weapon, injuring the man and disrupting the attack in a move that was later described by gun rights advocates as a validation of hard-won Second Amendment rights.

According to Uber, they currently offer their service in some 300 cities and 57 countries while analysts estimate the company will generate $10 billion in revenue– including staggering profit of more than $2 billion– by the end of the year.

According to a report by the Crime Prevention Research Center last year at least 11 million American adults are licensed to carry a concealed handgun while open carry is legal in 45 states.