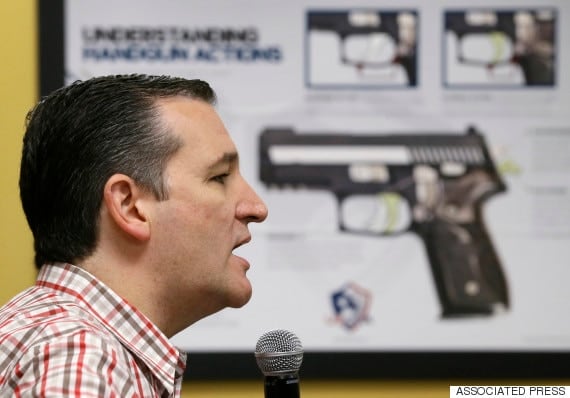 The Associated Press has caught flak for a handful of photographs of Ted Cruz speaking at an Iowa gun range framed so a pistol is pointed at Cruz’s head — well, a poster of a pistol. But since Cruz’s Twitter fans expressed anger, the AP has since removed the images.

“Presidential candidate Ted Cruz was shown in a series of 14 photos taken by an Associated Press photographer at a ‘Celebrate the 2nd Amendment’ event Saturday afternoon, held at a shooting range in Johnston, Iowa,” Paul Colford, AP’s vice president and director of media relations, told Politico. “Five of the photos published by AP included images of guns seen on a wall in the background so that it appeared a pistol was pointed at Sen. Cruz’s head.”

“The images were not intended to portray Sen. Cruz in a negative light,” he added. 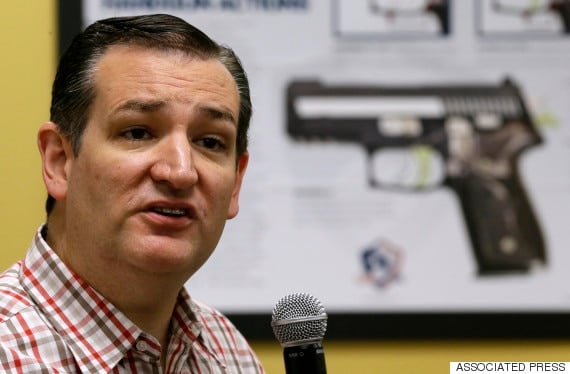 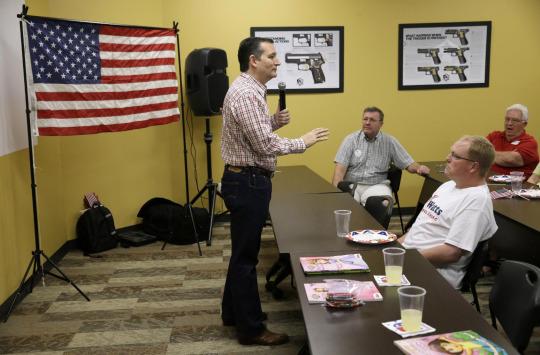 Fellow conservatives expressed outrage and were quick to criticize the wire service, which they either subscribe to or regularly cite in their reporting.

“But imagine the outcry were he a Democrat. How many think pieces about violent imagery and responsible reporting would we see? How many more if he were a woman?” the conservative blog, Bretbart, wrote. “Keep this in mind for the 2016 campaign. This is the playing field.”

“That picture just shows you the objectivity of the mainstream media,” “Fox & Friends” host Steve Doocy said Monday morning. “Just imagine if you were to take that image of Ted Cruz with the revolver right at his head and you replace Ted Cruz with Barack Obama, I bet you the Associated Press would not put that out.”

Although some conservative outlets published commentary, Cruz has not issued a statement.