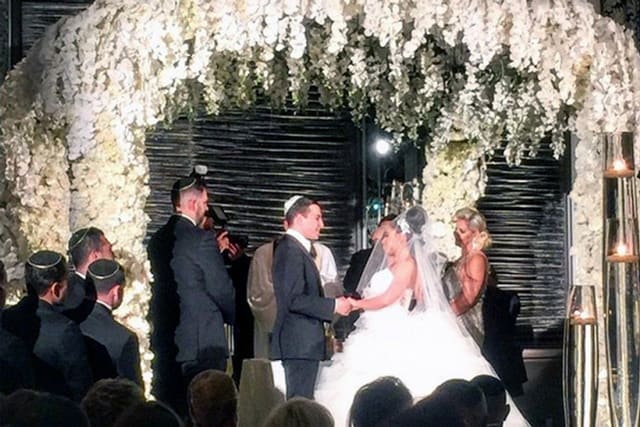 What was supposed to be a perfect day for Anna Goldshmidt was ruined when a wedding guest accidentally discharged his gun, and now Goldshmidt, who reportedly “let out a blood-curdling scream” when she found out her guests were being turned away, is suing New York City’s famous Waldorf Astoria hotel for canceling her wedding reception after the shooting.

Goldshmidt, along with her new husband Elan Stratiyevsky, are apparently asking for “millions” from the swanky hotel.

“We are planning to sue the Waldorf for the costs of the wedding and the emotional harm suffered by the bride and groom, whose dream wedding was destroyed for no reason whatsoever by Waldorf personnel,” the couple’s lawyer, Benjamin Brafman said. “A suit is also contemplated against the shooter, whose recklessness created the havoc.”

Goldshmidt was in her suite during the shooting and was unaware of what had occurred until the reception was canceled out of what a spokesperson for the hotel called safety and security concerns.

The couple wants the famed hotel to pay the entire cost of the wedding for 350 guests, including the costs of photography and entertainment, along with flowers, food and drink, which were all tossed out when the reception was called off.