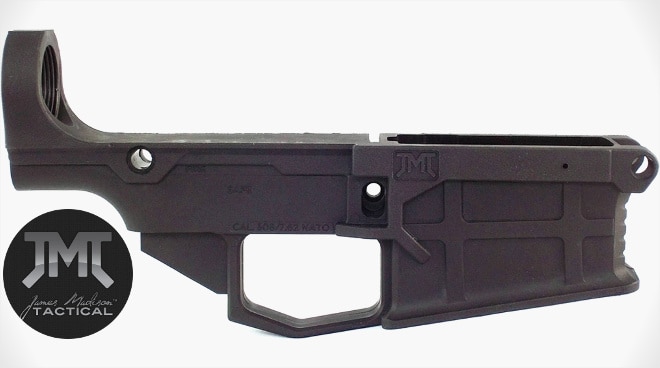 Because of this JMT can ship lowers straight to customers, no FFL required. Some machining is required, which is why every JMT 80 percent lower ships with a simple jig as a guide for users to complete their lowers with.

“Many people mistake the idea of an 80 percent lower as a way to save money when in reality it has nothing to do with that,” said JMT when they first announced the new lowers. “It’s all about providing a way for law abiding citizens to exercise their right to build a non-serialized firearm. We believe it’s a right every law abiding citizen should put to use at least once in their life.” 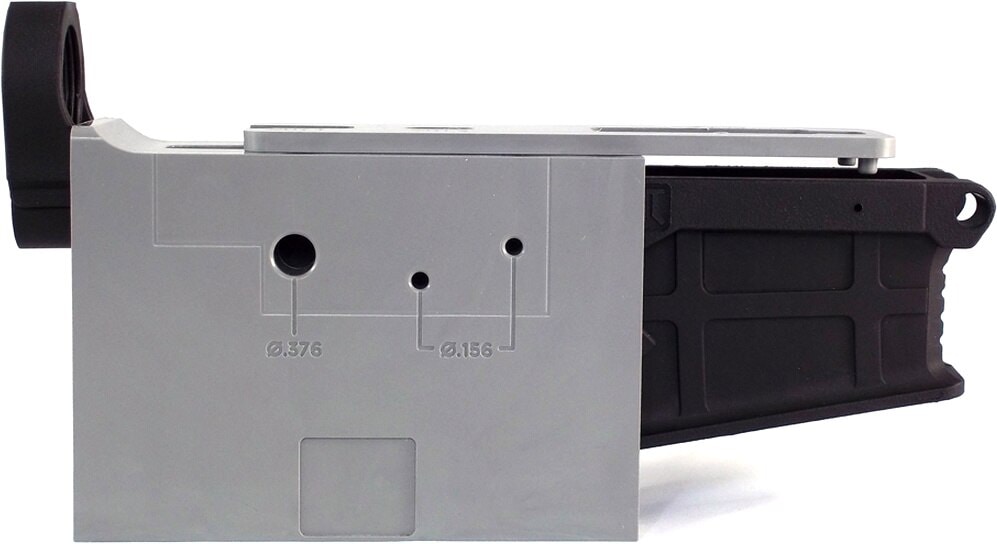 The jig indicates where to machine and drill. (Photo: JMT)

Users must complete these lowers by machine out the pocket for the fire control group and drilling the pin holes. Once completed, they can be used with all DPMS-pattern upper receivers and standard lower components.

Priced at $139 it may seem a little expensive for a part that needs machining before it will work, but most 80 percent lowers charge more for the privacy premium. When you consider that JMT includes a jig with each lower it’s a fair deal. Standalone jigs can easily run $100 by themselves.

Because the lowers are polymer they are easy to machine, even for novice builders. Once completed they are considered some of the better all-polymer receivers made today. These are based on the JMT Gen 2 redesign, which is overbuilt in critical areas adding extra reinforcement all over.

Reinforcing bars run the full length of the receiver at the top and meld into an oversized buffer tower extension. The takedown pins are similarly oversized adding a lot more material where early polymer receivers tended to fail. Additional reinforcement material criss-crosses the magwell patterned to match Magpul magazines and the front of the magwell is textured to provide a better grip.

Polymer receivers offer some advantages over alloy receivers in that they are flexible and can withstand abuse that would crack and permanently damage aluminum receivers. Polymer receivers just bend and bounce back. They’re also lightweight compared to all but the most exotic alloys.