Obama: NRA in way of measures that could have prevented church shooting 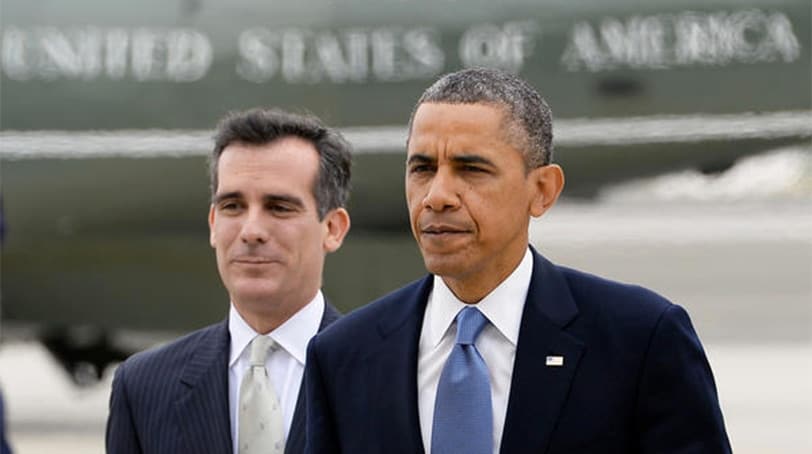 Just days after the mass shooting in a Charleston, South Carolina, church where nine black people were killed by a white gunman last week, President Barack Obama appeared on an Internet podcast show in Los Angeles and blamed the National Rifle Association for standing in the way of common sense gun laws.

“I’ve done this way too often,” Obama said during the interview recorded Friday and published Monday by comedian Marc Maron. “During the course of my presidency, it feels as if a couple times a year I end up having to speak to the country and to speak to a particular community about a devastating loss.”

The president echoed the statement he made Thursday that no other advanced country tolerates multiple shootings on a regular basis and considers it normal.

“It’s something that we now expect,” Obama said.

The president used Australia as an example. That country saw one of the world’s most devastating mass shootings in 1996, when a lone gunman opened fire at a popular tourist attraction in Tasmania and killed 35 people. The tragedy was so shocking to the system that the country changed its gun laws “and it hasn’t happened since,” Obama said.

“I will tell you, right after Sandy Hook, Newtown, when 20 6-year-olds are gunned down, and Congress literally does nothing — yes, that’s the closest I came to feeling disgusted,” the president said. “I was pretty disgusted.”

When gun sales skyrocketed in the aftermath of the December 2012 Newtown massacre Obama said he saw that as an indication that people are scared.

“Each time that these events occur, ironically, gun manufacturers make out like bandits partly because of this fear that’s churned up that the federal government and the black helicopters are all coming to get your guns,” Obama said.

The president acknowledged that hunting and shooting for sport is a big part of American heritage and important to a lot of people.

“Is there a way of accommodating that legitimate set of traditions with some common sense stuff that prevents a 21-year-old who is angry about something or confused about something or is racist or is deranged from going into a gun store and suddenly is packing and can do enormous harm,” Obama said. “That is not something that we have ever fully come to terms with.”

Obama said the grip of the NRA on Congress is strong and he doesn’t see any legislative action being taken by lawmakers.

“I don’t foresee any real action being taken until the American public feels a sufficient sense of urgency and can say to themselves this is not normal, this is something we can change and we’re going to change it. If you don’t have that kind of public and voter pressure, then it’s not going to change from the inside.”

Representatives for the NRA were unavailable for comment by article publication.

The president stopped in to record the interview with Maron in the garage of his Los Angeles home, which was one of three stops – two for fundraising – the president made while visiting the city.

Variety and the New York Times contributed to this report.