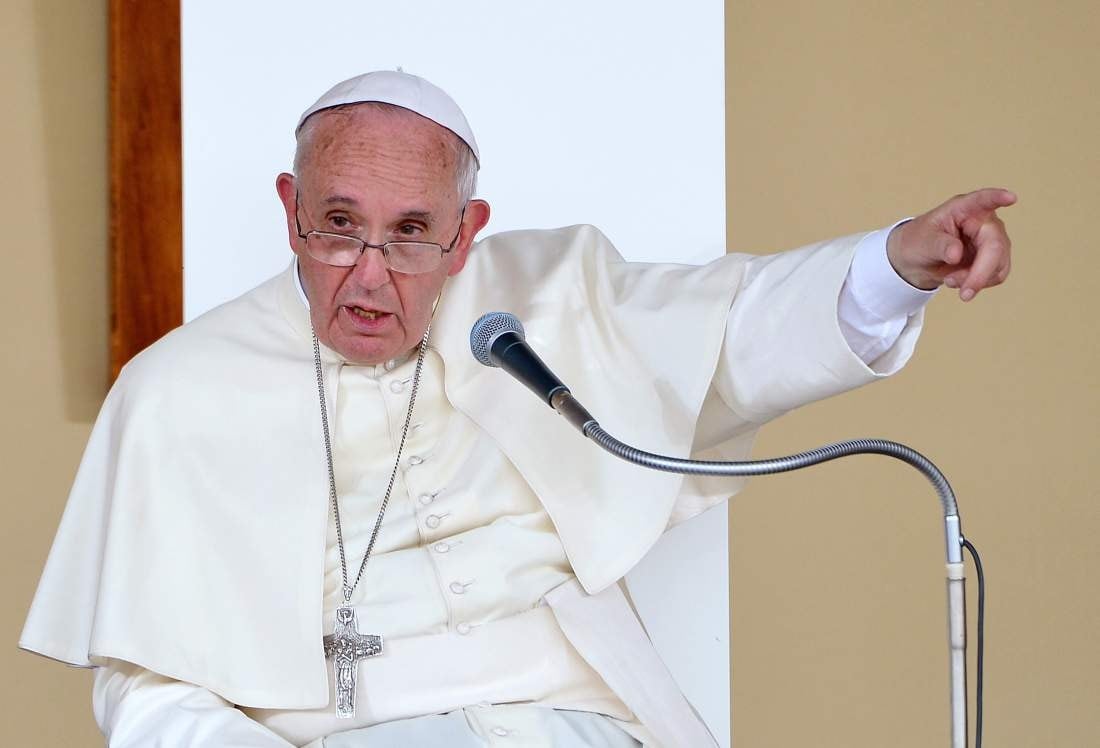 Pope Francis gestures as he speaks during a meeting with the youth on Piazza Vittorio in Turin on June 21, 2015. (Photo: Alberto Pizzoli/AFP/Getty Images)

Pope Francis on Sunday issued a harsh condemnation of the weapons industry and the lack of effort by “great powers” in the face of evil.

The criticisms came at a rally of thousands of young people on the first day of his trip to Turin, Italy. Along with a prepared statement, Francis’s impromptu talk covered a slew of issues like war, trust and politics, Reuters reported.

Putting his comments in context, Francis referenced such as concentration camps containing “Jews, Christians, homosexuals, everybody” during World War II, and “the great tragedy of Armenia” in which 1.5 million Armenians were massacred by Turkey about 100 years ago.

“But where were the great powers then? They were looking the other way,” the pope said, the Associated Press reported.

“It makes me think of … people, managers, businessmen who call themselves Christian and they manufacture weapons. That leads to a bit a distrust, doesn’t it?” he said to applause.

He also criticized those who invest in weapons industries, saying “duplicity is the currency of today … they say one thing and do another.”