Just a cook? He fatally shot an armed robber 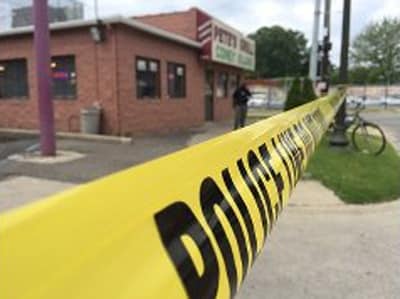 The attempted robbery and subsequent shooting Sunday morning was one of several incidents of violence in Detroit over the weekend. (Photo: Click on Detroit)

An attempted robbery at a restaurant in Detroit Sunday morning didn’t quite work out as planned when the cook, who was armed with a gun, opened fire on the suspect and killed him.

While about 20 people were dining at Pete’s Grill and Coney Island on the city’s east side, the suspect walked in and said he was robbing the place. Robert Felton, who was in the business at the time, told local media that the suspect was pointing the gun at everyone, telling them all to get down and not move, while demanding the workers “get to the register.”

Felton said the suspect, who was only described as an adult male, was waving the gun back and forth, and everyone was complying with his demands and getting on the floor.

But unbeknown to the suspect, he wasn’t the only one in the building with a gun.

“Next thing I know, I hear a bunch of gunshots,” Felton said.

The cook, who also had a gun, had opened fire on the would-be robber, striking him multiple times. The suspect, whose name has not been released, was pronounced dead at the scene.

Authorities believe that the cook acted in self-defense, and while no charges have been filed at this time, the incident is still under investigation.

“When you are being threatened with a weapon and you face a split second decision, you make your decision based on the information you have in front of you at that moment,” said Sgt. Cassandra Lewis, spokeswoman for the Detroit Police Department.

She said authorities are working to determine if the evidence they gather lines up with everyone’s recollection of what transpired.

Meanwhile, Felton called it a “good thing” that the cook was there.