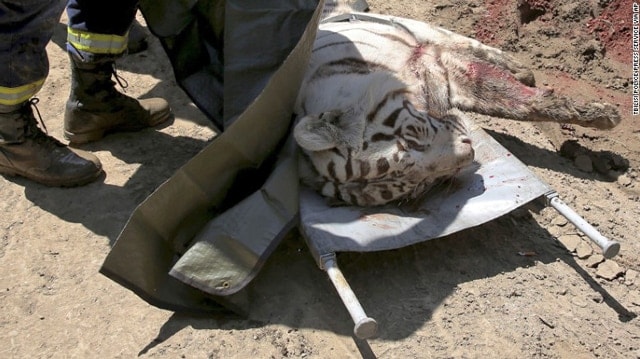 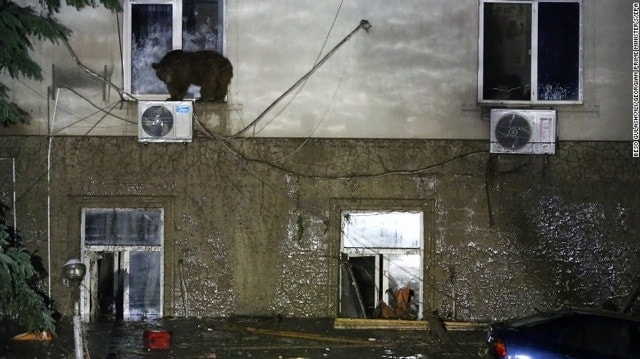 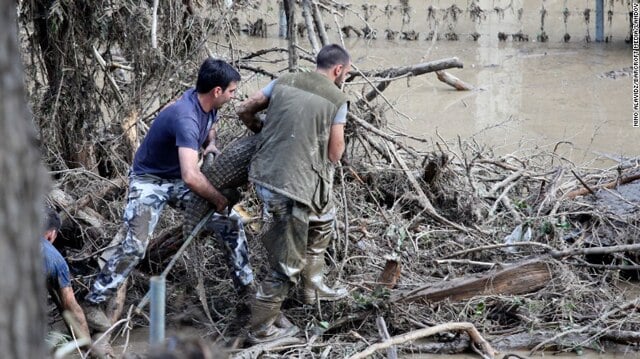 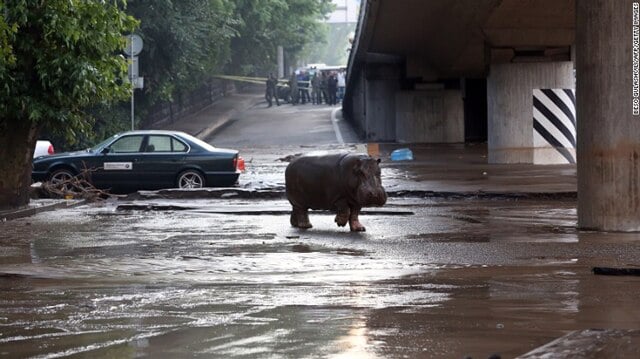 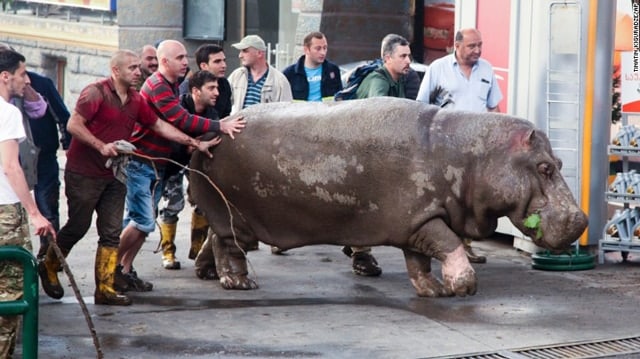 The animal was one of two white tigers and hundreds of other animals that escaped from the city zoo during flash floods that destroyed a large portion of the facility and killed about 600 of the zoo’s animals and at least 19 people.

The man who was attacked was helping to clean a flooded warehouse when the tiger grabbed him by the throat. He died on the way to the hospital.

After the flooding, some of the animals were recaptured without being harmed, while others were essentially hunted and killed. Among the animals still on the loose are the second white tiger and a hyena.

Residents have been urged to stay indoors as city workers and volunteers aim to clean up the area.

After the tiger was killed, Georgian Prime Minister Irakli Garibashvili issued an apology, saying he was misinformed by the zoo’s management that no more dangerous animals were still on the loose.