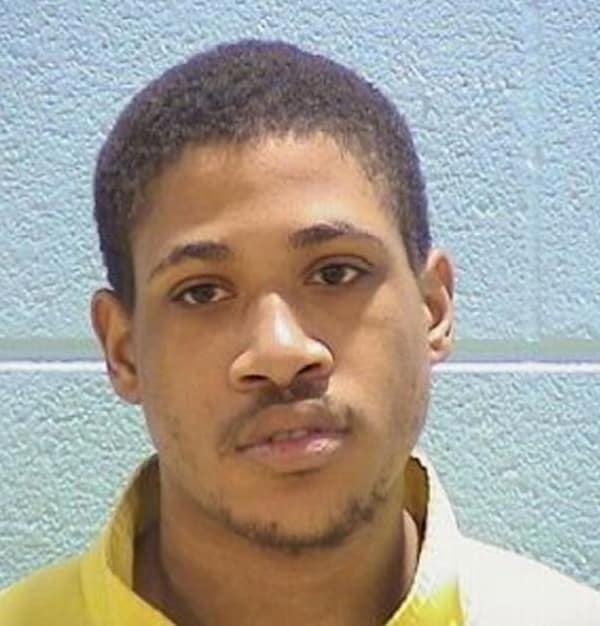 The family of James Jones said he had a criminal history and was on parole when the shooting occurred. (Photo: Illinois Department of Corrections)

A 46-year-old Chicago mother lost a third child to violence after being shot herself on Saturday. While Alicia Jones lay hospitalized and recovering from surgery, she discovered her 21-year-old son had died after he shielded her from a barrage of bullets with his own body.

Jones was on the front porch of her South Chicago home with her son, James, just after noon when the gunfire erupted. According to the woman’s sister, Dietra Luckett, James had left the house to get cigarettes from a neighbor, and while he was there somebody “said something to him.” James left the house and didn’t think anything of it.

But as James returned home, he noticed a van parked in a nearby alley. An individual inside the vehicle approached James and “some more words” were said. Again, James tried to avoid a confrontation and started to simply walk inside the house.

But as James was walking into the house, his mother was walking out, and that’s when the man who was in the van opened fire in James’ direction.

“My sister just so happened to be coming out the front door,” Luckett told the Chicago Sun-Times. “He took his body and put it on top of her body. He covered her body.”

Luckett said her sister did not realize what had happened. She was transported to a local hospital where she underwent surgery and is now recovering. She was originally listed in critical condition, but is now expected to be okay. James was pronounced dead at the scene.

Family members said Alicia has been asking for her son, and while she knew James saved her life, she didn’t know it cost him his own. The family said they do not wish to tell Alicia, who had already lost two children, about James while she was still recovering.

Alicia’s daughter, Antionette Means, was shot and killed during a robbery while she was working at a Kentucky Fried Chicken in 2006. Means, who was 19 years old at the time, had already handed over the cash from the register when the suspect simply shot her for no apparent reason.

When James was just 5 months old, gang members threw a Molotov cocktail into the house while attempting to kill a rival gang member. James survived after his cousin dropped him from a second-story window to the safety of a waiting relative below. James’ 4-year-old brother, Curtis Jones, Jr., did not survive the blaze.

Authorities confirmed Saturday’s shooting was gang-related, but no one is in custody. It’s unknown if police have any suspects.

Meanwhile, James’ family revealed that he had not exactly been on the straight and narrow, and has a history of run-ins with law enforcement. In fact, James had just recently been released from prison after serving time for a burglary conviction and was currently on parole. In addition, the family said James sold drugs before.

But in the end, while James had a troubled past and was certainly no angel, he died a hero trying to protect his mother.