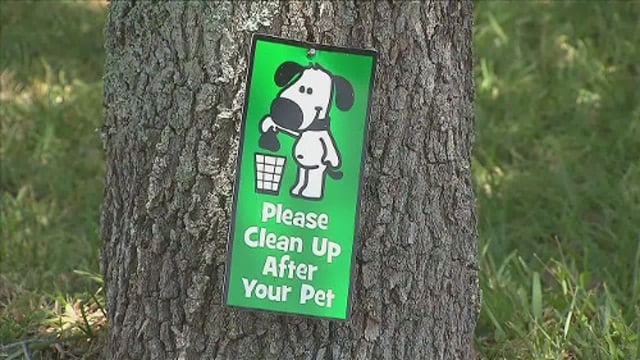 Apparently a friendly sign just wasn’t quite getting the point across, so Rodriguez upped the ante.

A 66-year-old man is facing charges for second-degree attempted murder and aggravated assault with a deadly weapon after a dispute with a neighbor over doggy poo turned physical.

Jose Rey was walking his dog through a Miami-Dade neighborhood over the weekend when his pooch apparently tried to go poop in Omar Rodriguez’s son’s yard, causing the two men to become engaged in a heated argument.

According to Rodriguez, Rey told him he would return later to fight him, but Rodriguez removed his shirt and challenged Rey to instead fight him right then and there. Rey apparently just ignored Rodriguez, walked away, and returned home.

Some time later, as residents were gathering for a neighborhood event, Rodriguez and Rey exchanged words again. At that point, Rodriguez, who said he saw a silvery object in Rey’s hand, walked to his car, pulled a gun from the glove box and shot Rey. A neighbor, who witnessed the incident, said he saw two shots being fired, but then thought he hear several more while he was on the phone with the police.

When police arrived, Rodriguez, who admitted the entire exchange escalated over dog shit, was arrested without further incident. Rey was transported to the hospital where he underwent multiple surgeries, but is expected to be okay.

“It was a pretty close call when it comes to his back and possible paralysis but luckily that was avoided,” said Joseph Rey, the victim’s son.