The new F-35B Lightning joint strike fighter is a unique plane designed for a set of problems unique to its type–including being able to jump a ski ramp.

Designed to replace the F-16 and a number of earlier F-18 fighters in the U.S. inventory, the Lockheed Martin F-35 is a Fifth Generation combat aircraft designed to ensure the nation remains at the top of the heap in terms of aviation combat.

While the program has been the target of Pentagon number crunchers and Capitol Hill debate over its costs, with some versions to include the Marine’s F-35B slated to run as high as $251 million, the jet has capabilities that in many ways are without compare.

One of these is the ability of the B-model, designed to replace the Harrier jump jet, to take off in a very short runway and land vertically if needed. Termed STOVL, whereas the Harrier used a series of nozzles along its fuselage to accomplish this, the Lightning has an adjustable nozzle on its jet engine that can be turned to produce upward thrust. 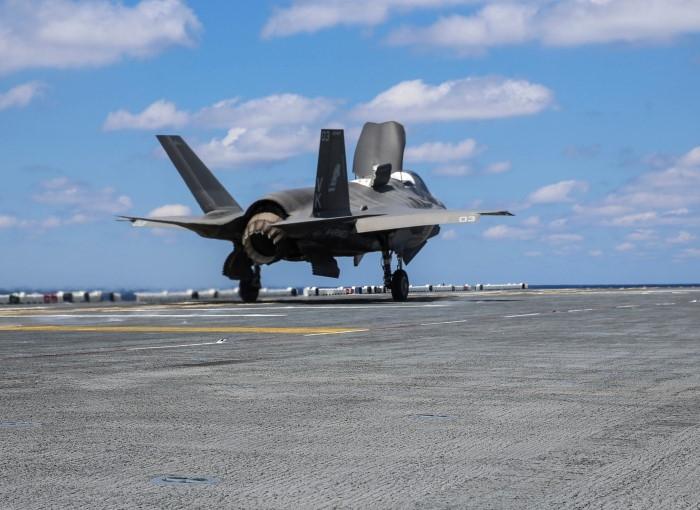 And that’s why the funny looking engine…(Photo: Lockheed Martin)

While U.S. carriers and amphibious assault ships do not use ski-jumps to assist in takeoff, allies such as Great Britain and others do, hence the testing above conducted last week as part of Operational Test-1, or OT-1, to get the Lightning ready for deployment.