State news organs for the Democratic Peoples’ Republic of Korea released images this week of the first two female fighter pilots gushing after receiving on the spot guidance from the great leader.

After watching the DPRK top guns in their disco era MiG-21s, the North Korean leader dubbed the pair, “flowers of the sky” and photos released by the official Korea Central News Agency show the pilots blushing and receiving flowers from the world’s most dangerous Psy impersonator, clad in a very stylish Mao suit.

The aircraft displayed are far from state of the art. In fact, pre-owned MiG-21s have been sold on eBay for around $25,000.

According to Flight Global, at the end of 2014 it was estimated that the North Korean Air Force consisted of some 940 aircraft, though many were obsolete or inactive. The most modern MiG-21s in service with the force were received as surplus from Kazakhstan in 1998 and, as noted by the Free Korea Project, which monitors satellite imagery of the hermit kingdom are typically in less than ideal condition:

Frequently, the MiG-21s you see don’t appear to be in working order. Some are clearly stripped of parts, decaying, or even sitting in ponds of standing water. Many appear to be mere decoys.

Nevertheless, at least a couple are still in service as hot-rods to the country’s female aviatrixes.

All images below courtesy of the Korea Central News Agency. 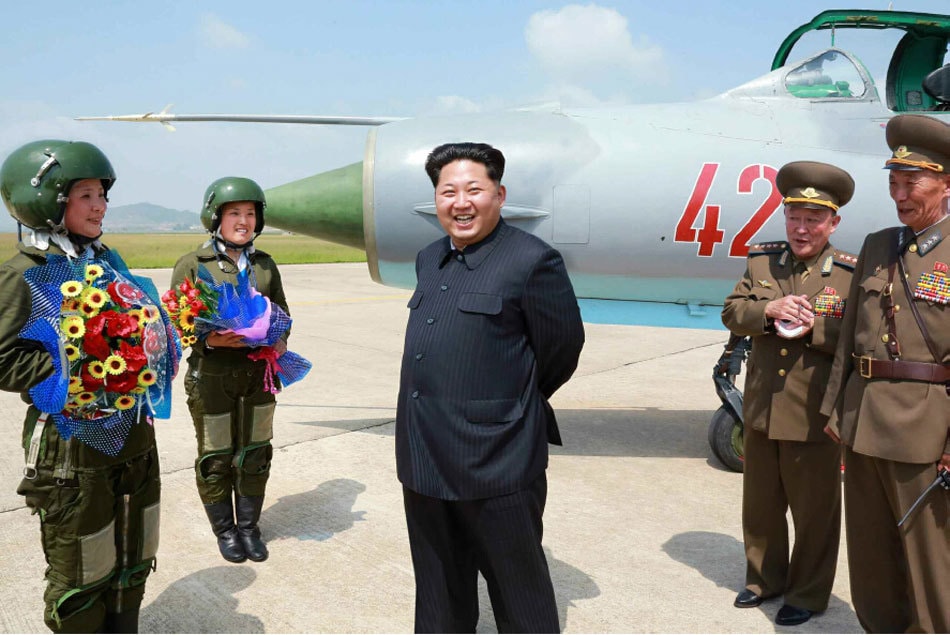 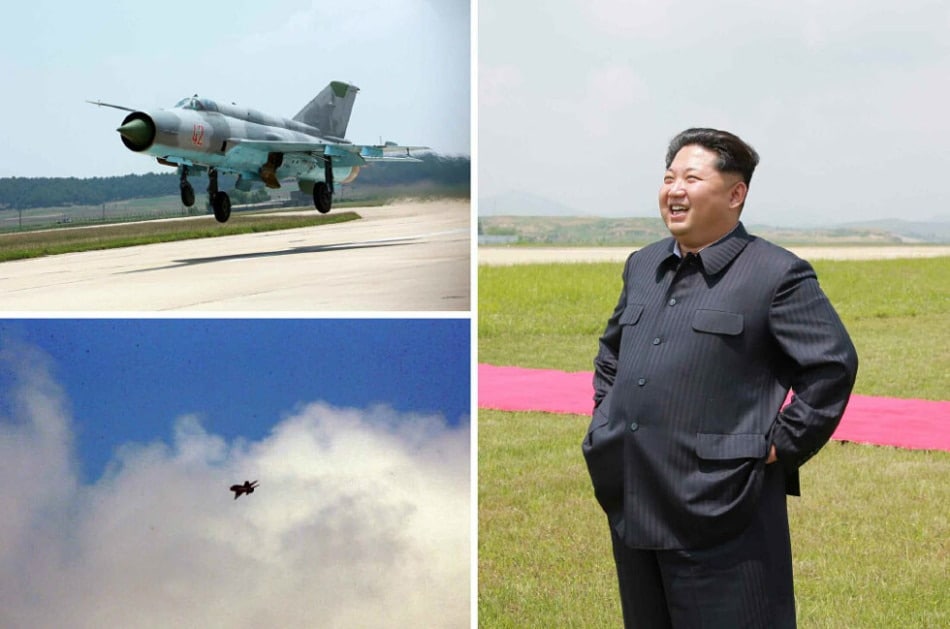 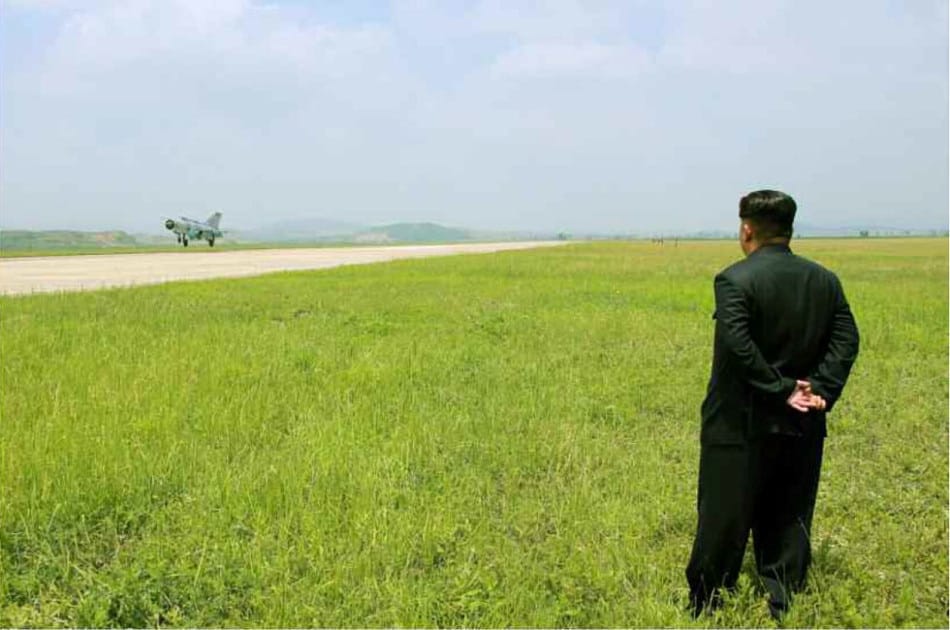 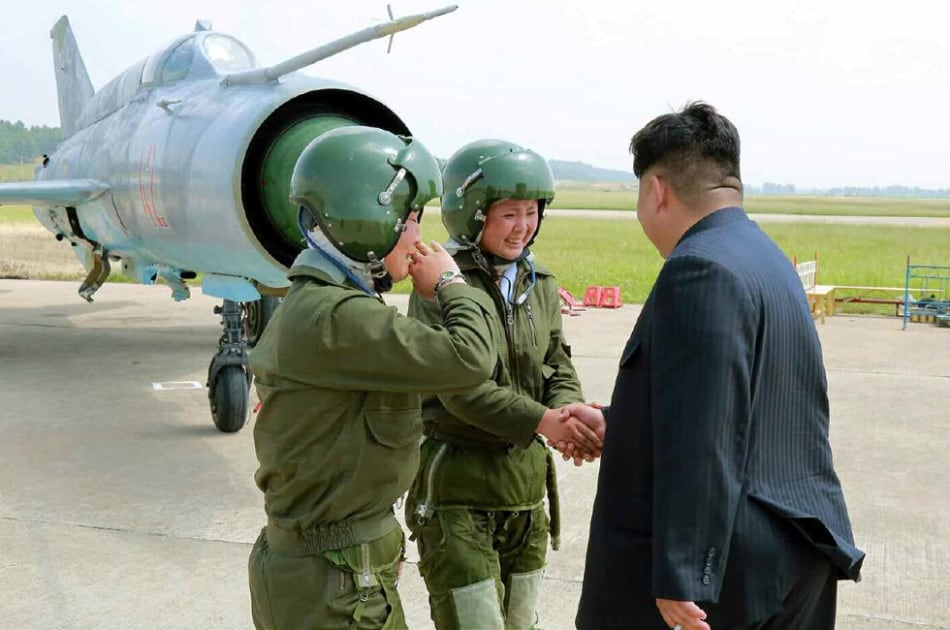 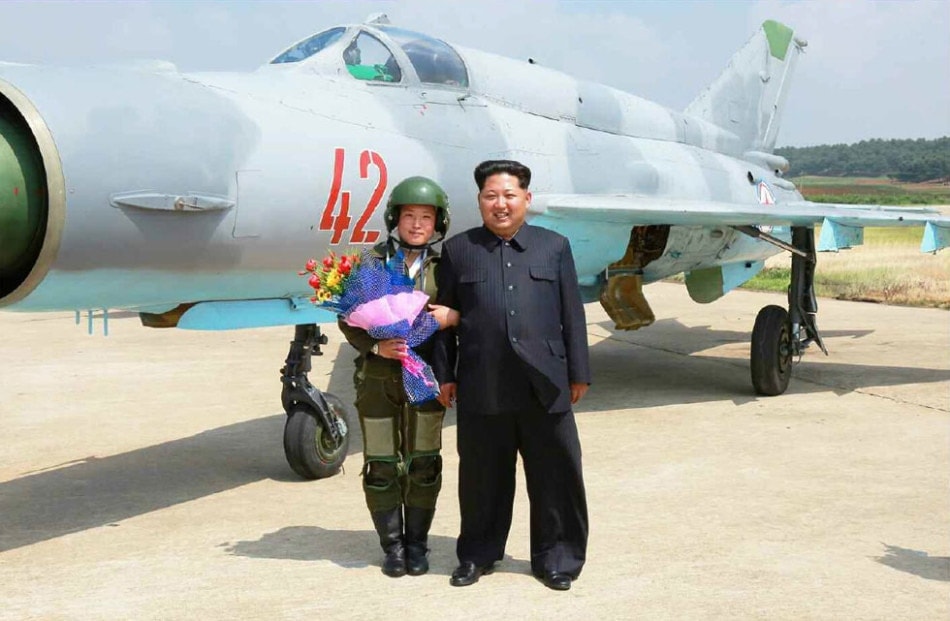 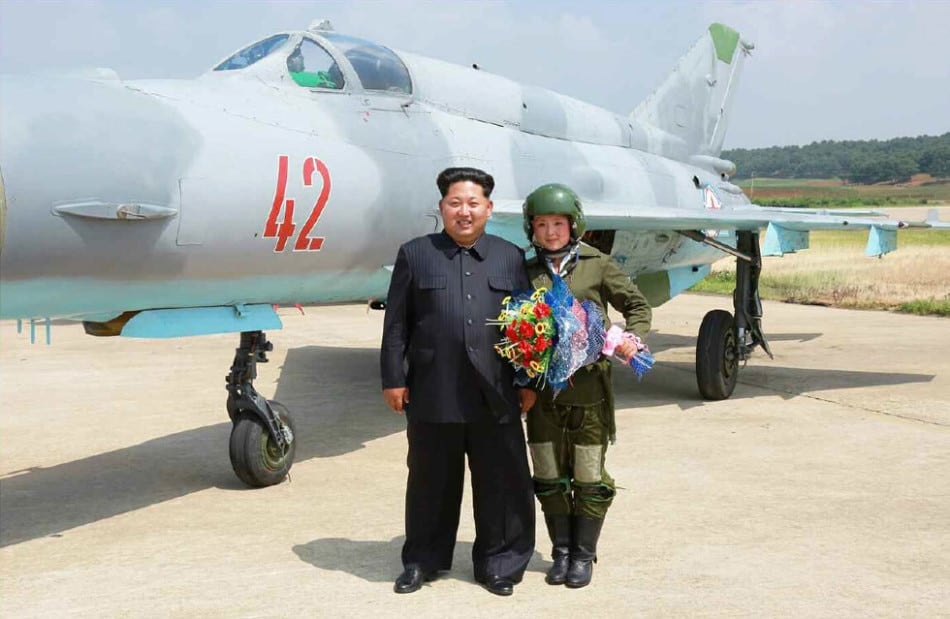 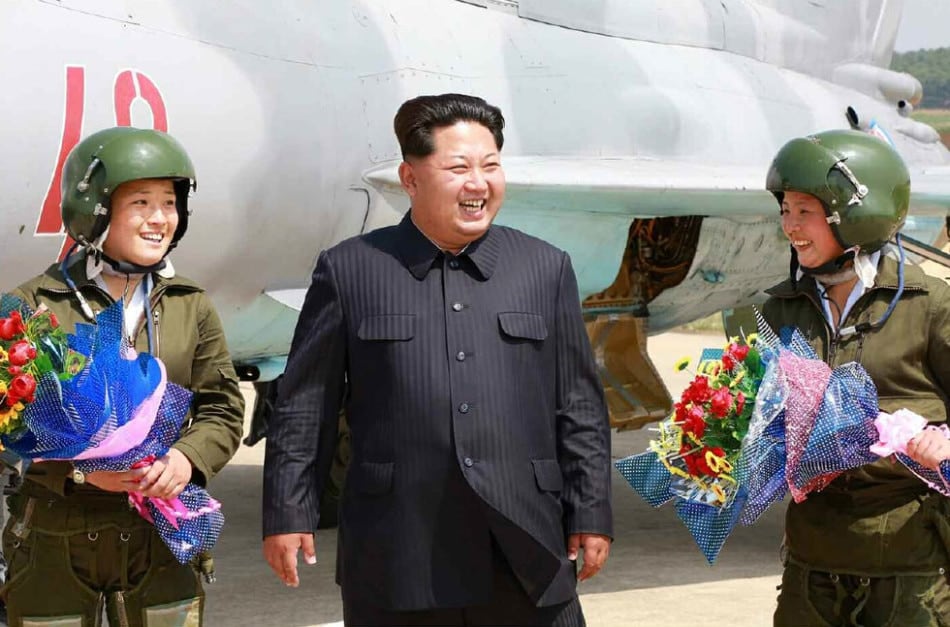 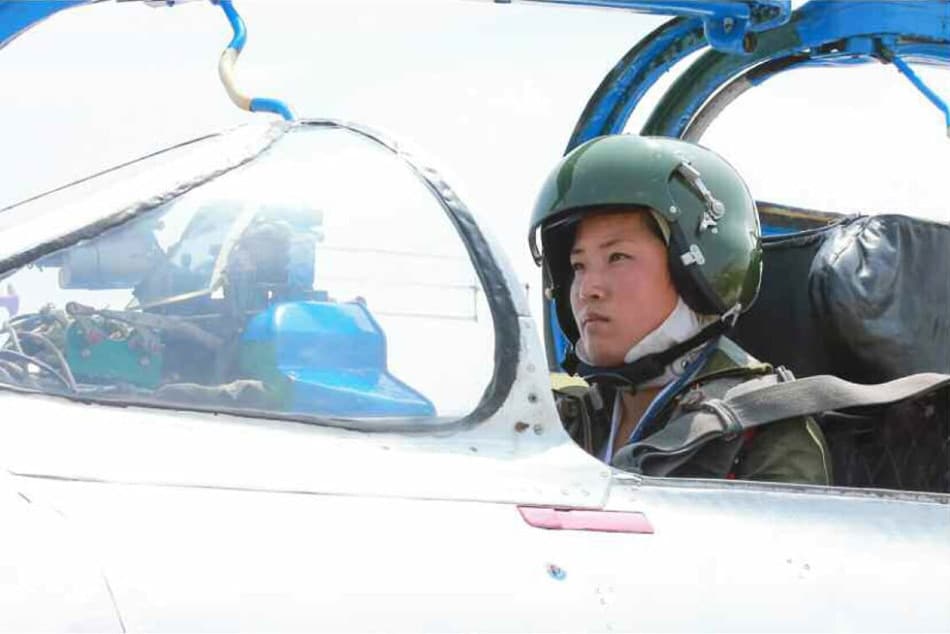