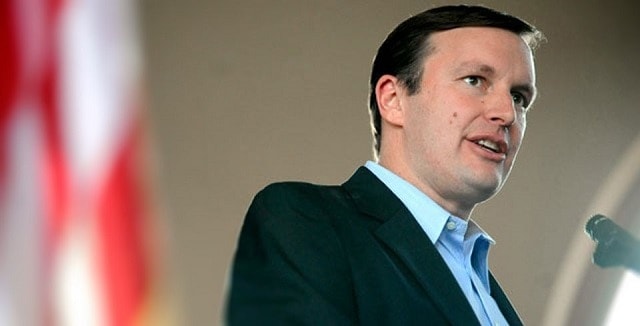 Murphy, a Connecticut Democrat who has backed numerous gun control measures on Capitol Hill during his career, called out Wal-Mart publicly on social media after the chain announced it would stop carrying items emblazoned with the Confederate icons.

“Good for @Walmart for saying they won’t sell confederate flags,” Murphy tweeted Tuesday with a screenshot of an AR-15 rifle listed on Wal-Mart’s website. “Now how about all those assault weapons.”

The recent change of heart on Confederate flags follows the racially charged murder of nine parishioners and clergy at the Emanuel AME Church in Charleston, South Carolina. In that event, a manifesto and scores of photographs surfaced showing the suspected shooter’s devotion to the Confederate flag. Since then retailers and lawmakers alike have made efforts to purge the symbol from their stores, restaurants and public buildings.

However, the firearm used in the shooting, a Glock 41 handgun, had no ties to Wal-Mart and is generally not classified under either the expired Federal Assault Weapon’s ban or similar state laws as an assault weapon. Further, Wal-Mart stopped selling handguns in 1993 and only carries long arms in select brick and mortar locations.

Although Wal-Mart does not release sales figures for firearms, Time Business estimates the company sold between 1,700 to 1,800 guns in 2013 from its nearly 4,000 stores nationwide (about a third which carry AR-15 rifles).

Further, the mega retailer is sticking by its guns.

“Our focus as it relates to firearms should be hunters and people who shoot sporting clays and things like that,” Wal-Mart CEO Douglas McMillon told CNN this week. “So the types of rifles we sell, the types of ammunition we sell should be curated for those things and we believe in serving those customers, we have for a long time and we believe we should continue to.”

The company earlier this year won a lawsuit brought by New York-based Trinity Church after the retail giant refused to bring a proposal for tighter oversight on selling firearms with high-capacity magazines to shareholders. In that case, the company found support from pro-business groups such as the U.S. Chamber of Commerce, the Business Roundtable and the Washington Legal Foundation while Trinity had the backing of several gun control organizations.

However, while falling short of saying that retailers such as Wal-Mart should stop carrying firearms, gun control advocates this week are stressing there is a place for corporate leaders to help do other things to prevent gun violence, such as helping to support the push for expanded background checks.

“It would be great to see a retailer like Walmart say hey, everybody should get a background check before buying a gun, just like they have to do here at Walmart,” Mark Kelly, the husband of former U.S. Rep. Gabby Giffords, told CNN. “It would be great to have Walmart on our side of the debate.”

Wal-Mart did not respond to requests for comment from Guns.com in time for publication.