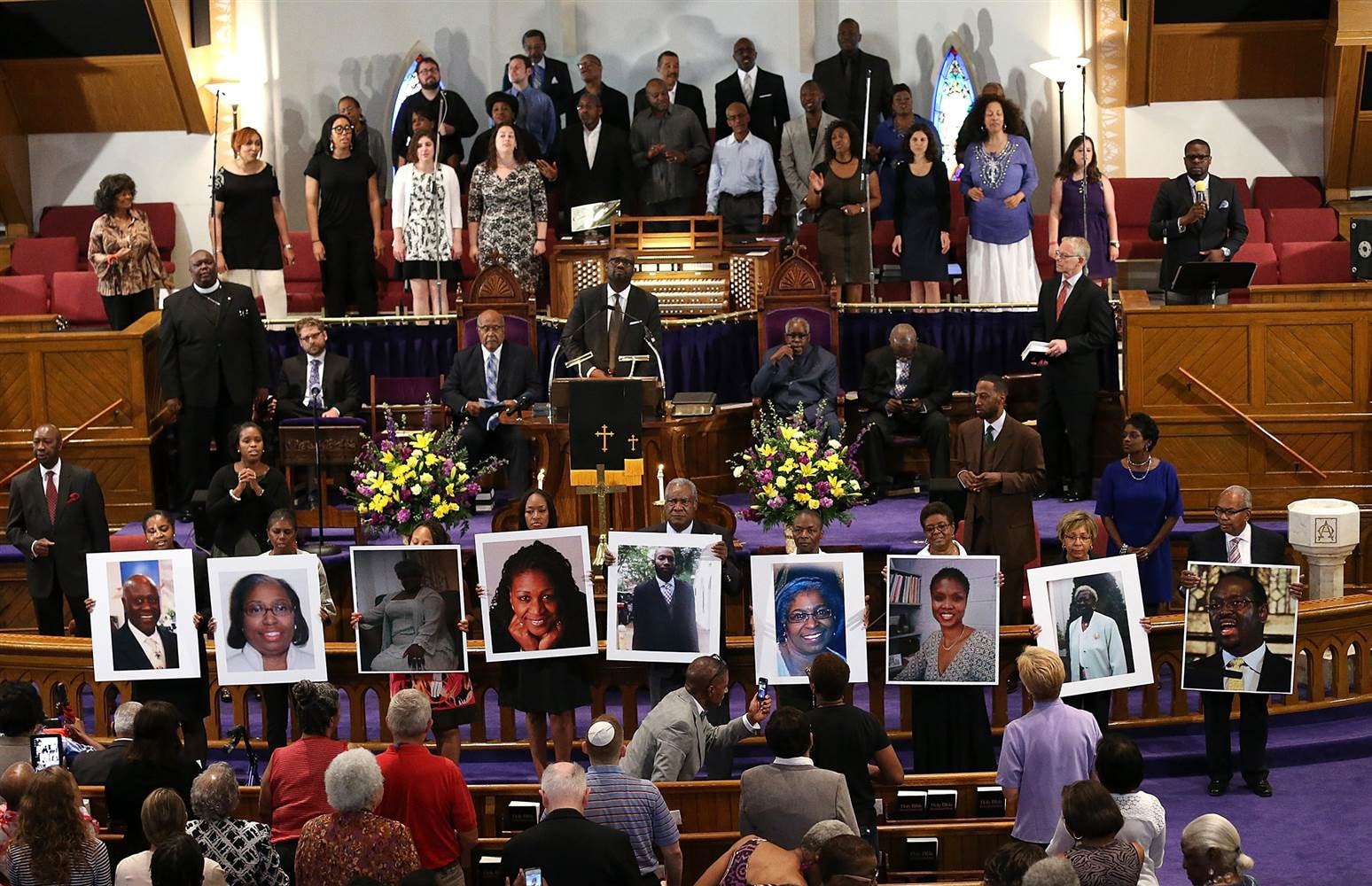 As friends and families continue to mourn the tragic deaths of the victims, the national conversation seems to be shifting. (Photo: ABC)

Immediately following the shooting at a church in Charleston, South Carolina, that left nine people dead, the national conversation once again turned to guns. Gun control proponents argued better gun laws could have prevented the tragedy, as they pushed for reform, while gun rights advocates claimed looser laws and doing away with so-called gun-free zones could have thwarted the deadly massacre.

But just over a week after those nine people were killed, the conversation has shifted once again, been overpowered by an object which – at least for the time being – appears to be of more importance to a large number of people than the gun violence that’s claiming lives – innocent lives – every single day in this country.

The culprit? The Confederate flag.

Less than a week after the deadly shooting, which is now being investigated as a hate crime, South Carolina Gov. Nikki Haley announced the Confederate flag would be removed from the state Capitol grounds.

“That flag, while an integral part of our past, does not represent the future of our great state,” Haley said in a press conference Monday. “My hope is that by removing a symbol that divides us we can move forward as a state in harmony and we can honor the nine blessed souls who are now in heaven.”

Those present at the announcement reacted with cheers and, although she attempted to hide it, Haley had an emotional response to the applause before continuing her speech.

After Haley’s announcement came a tidal wave of other endeavors to do away with the flag in other places, as well as efforts to ban a plethora of random items depicting the same symbol.

Some other states followed suit, agreeing to take down the Confederate flag which had flown for decades outside of government buildings, while national retailers, including Wal-Mart, Sears, eBay, Amazon and even Apple, agreed to no longer offer any items that displayed the Confederate flag.

One Nashville restaurant removed a piece of artwork created by a local artist after complaints about the lady in the painting wearing a Confederate flag print bikini bottom. Even Warner Brothers announced that they would no longer license the production of any toys that featured the flag. This includes models of “General Lee,” the iconic orange Dodge Charger featured in “The Dukes of Hazzard.”

But while the focus now falls on all things surrounding the Confederate flag, talk about guns and gun violence has all but fallen by the wayside.

And while Charleston — tragic as it is – tops headlines, the city certainly isn’t alone in the fight against gun violence either. In fact, just last weekend at least 22 people were wounded and four were killed in shootings in Chicago, bringing the total number of shootings to over 1,000 for the city so far this year.

Over Memorial Day weekend, at least 28 people were shot and nine were killed in Baltimore. In Detroit, 24 separate shootings occurred over the weekend, killing at least one person. Detroit Police Chief James Craig referred to the incidents as mass shootings and said, “It must stop.”

It’s a weekly event and it is continuously happening in cities all across the country, while some are focused on a flag.

So why the redirection? Perhaps because it appears to be a quick, easy reaction to a deeply-rooted issue that can’t be fixed by simply changing the décor or adding yet another law to the books.

“Removing the Confederate flag is a necessary but totally insufficient response to Charleston,” Connecticut Sen. Chris Murphy said in a statement to msnbc. “It’s easier to take down a flag than seriously confront America’s gun violence epidemic, but just because it’s not easy doesn’t mean we should continue to ignore the increasing carnage across America.”

While Murphy, who recently pushed for Wal-Mart to stop selling assault rifles, is decidedly for greater gun control, he is presently more concerned about the misdirection.

“I’m gravely concerned that people are focused only on the flag instead of attempting to take on America’s gun violence epidemic simply because an offensive flag is easy to fix,” he said.

But while Murphy aims for more gun laws to prevent future tragedies, Haley all but said guns aren’t to blame.

“Anytime there’s a traumatic situation, people want something to blame, they always want something to go after,” she said in an interview on NBC’s TODAY. “There is one person to blame here. A person filled with hate, a person that does not define South Carolina. And we are going to focus on that one person.”

And, unfortunately, in the end, if 20 dead school children couldn’t produce a meaningful, non-politically driven discussion on the real root of gun violence in this country, the brutal murder of nine church-goers isn’t likely to either. So instead we look for an easy fix: The Confederate flag.