Want to know where your state falls with firearm deaths? 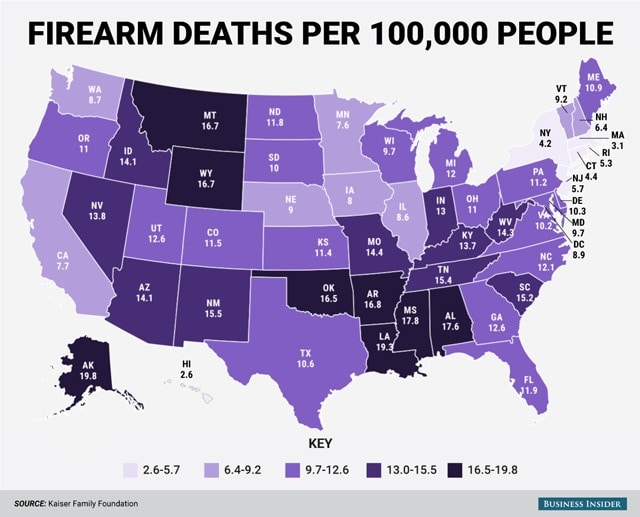 Using data from 2013 gathered by the Center for Disease Control, the Kaiser Family Foundation charted out the 33,636 gun-related deaths over a map of the U.S. to show which states fell where with death rates.

While the national average for gun deaths is 10.6 per 100,000 people, the rates within each state varied tremendously.

The highest number of deaths come across the gun-lovin’ South, with Alabama, Mississippi, Arkansas, Louisiana and Oklahoma among the highest. Moving west, Montana, Wyoming and Alaska also top the charts.

All in all, Alaska came out at the very top, while Massachusetts fell to the very bottom.