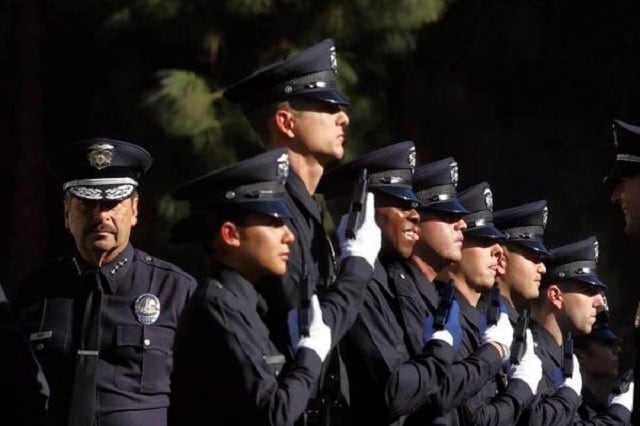 Law enforcement wants exemptions to a planned ordinance that would force law-abiding Los Angeles gun owners to secure their firearms when not in use or risk a fine and possible imprisonment.

The gun lock law was introduced introduced in November by Councilman Paul Krekorian. The council approved drafting the ordinance by an 11-0 vote just two weeks later.

While it already has exemptions built into it to allow active and reserve law enforcement officers living in the city to leave their guns unlocked, police unions are lobbying to extend the loophole to retired officers.

“Quick access to an officer’s firearm can be the difference between life or death for that officer, their family, or innocent civilians who may come into harm’s way,” Los Angeles Police Protective League Director Peter Repovich said in a June 23 letter to lawmakers. The organization estimates that some 400 retirees in the area would be forced to lock up their guns when not in use if the ordinance was adopted with its current language.

The proposed Los Angeles gun-locking scheme, which goes further than current state gun safety requirements, mandates that any handgun be stored in a locked container or disabled with a trigger lock that has been approved by the California Department of Justice.

It was drawn up by City Attorney Mike Feuer, the inaugural co-chair of the new gun control group, Prosecutors Against Gun Violence, and was based on a controversial ordinance in San Francisco that has been challenged all the way to the Supreme Court.

Exemptions are in place for guns carried on the body in the home, however, as noted by plaintiffs in the San Francisco case, a firearm generally cannot be considered carried on a person while they are asleep.

Violations of the ordinance would be considered a misdemeanor.

While the proposed exemption for retired officers was met with counter proposals to allow it for not only the former lawmen but also for those with a concealed carry permit, some council members saw any exemptions as dangerous.

The Public Safety Committee voted on Friday to continue working on the ordinance for another 30 days to allow the city attorney’s office to incorporate proposed changes into a new draft.

Meanwhile, attorneys from the National Rifle Association have promised to pursue litigation on behalf of members living in the city should the council adopt the ordinance.