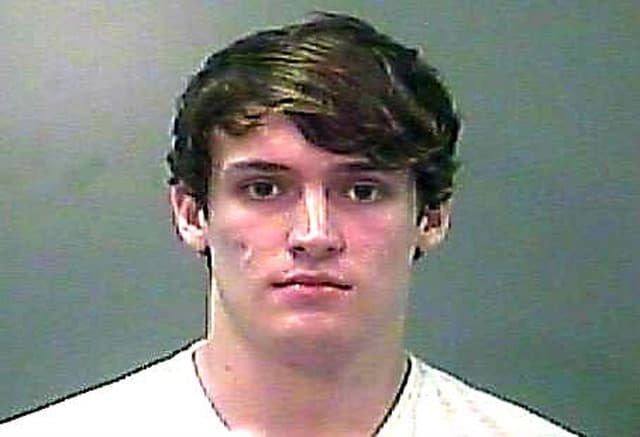 An 18-year-old man from Elkmont, Alabama, is behind bars facing several charges after he killed half a dozen of his mother’s chickens in an effort to get his ex-girlfriend back.

Haden Smith’s mother called the sheriff’s department after her son sent her a slew of threatening text messages Thursday. Apparently Smith said, starting at noon, he would kill one of his mother’s chickens every 15 minutes until she talked with the parents of Smith’s ex-girlfriend and mended their apparently broken relationship.

The teen also threatened to burn down his mother’s house, and kill any responding officers, as well as himself. Then, shortly after noon, Smith began sending his mother pictures of dead chickens – one every 15 minutes, just as promised.

No word on whether Smith won back the heart of his ex-gal.