America's most patriotic states. Where does yours rank?

A study by WalletHub took a look at all 50 states and aimed to see which among them were the most patriotic.

While overall patriotism in America has declined – going from 38 percent of Americans believing the U.S.A. is the greatest country on Earth in 2011 to just 28 percent last year – some states clearly have more patriotism than others. At least according to WalletHub’s analysis of the data they gathered.

Virginia took the top spot for being the most patriotic, followed by Washington, Colorado, Idaho and Alaska. New York came in at an embarrassing last place, with New Jersey, Rhode Island, Utah and West Virginia trailing behind.

Check out the full study here. 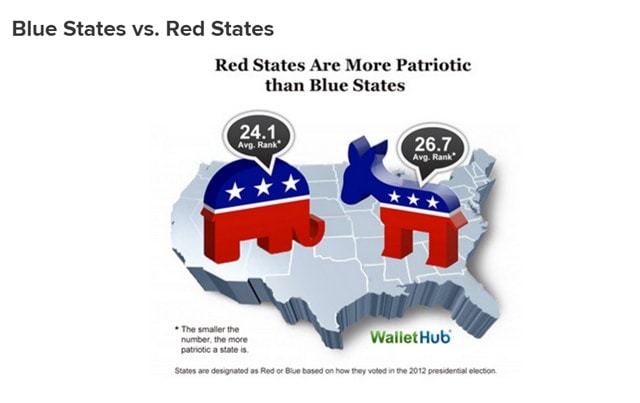