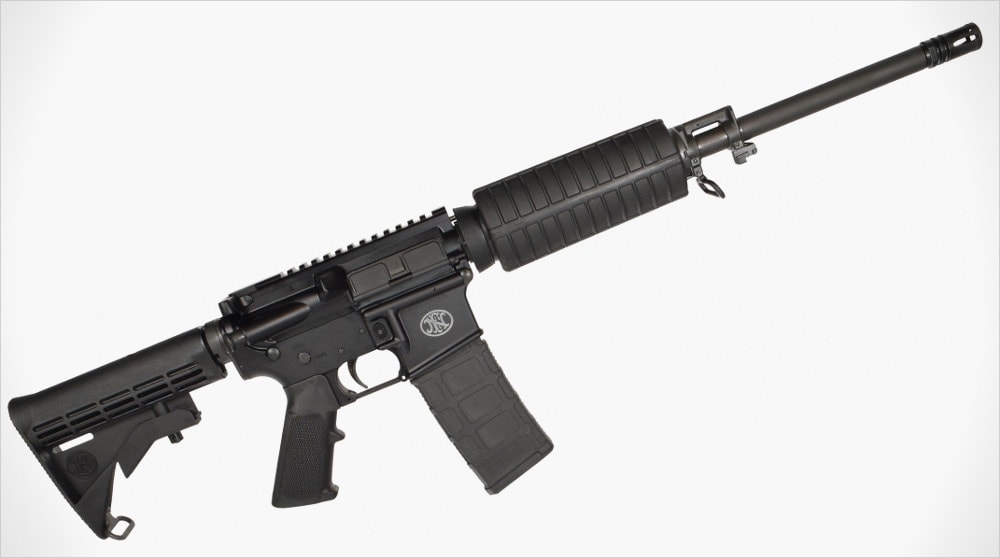 FNH USA is adding another carbine to the FN 15 series of AR-pattern rifles, the Model 1776, “for the patriot in you.” This no-frills carbine is built to the same standards as the higher-end FN 15 rifles, and by keeping things simple it’s also the most affordable of the lot.

This is a nice option for anyone who’s looking for an AR that “just works” made by the same company manufacturing the bulk of the U.S. military’s rifles. “The FN 15 1776 is an affordable rifle that includes the same quality, precision manufacturing and expertise synonymous with all FN products,” said Ken Pfau, senior vice president for Commercial and Law Enforcement Sales for FN America in a press release. 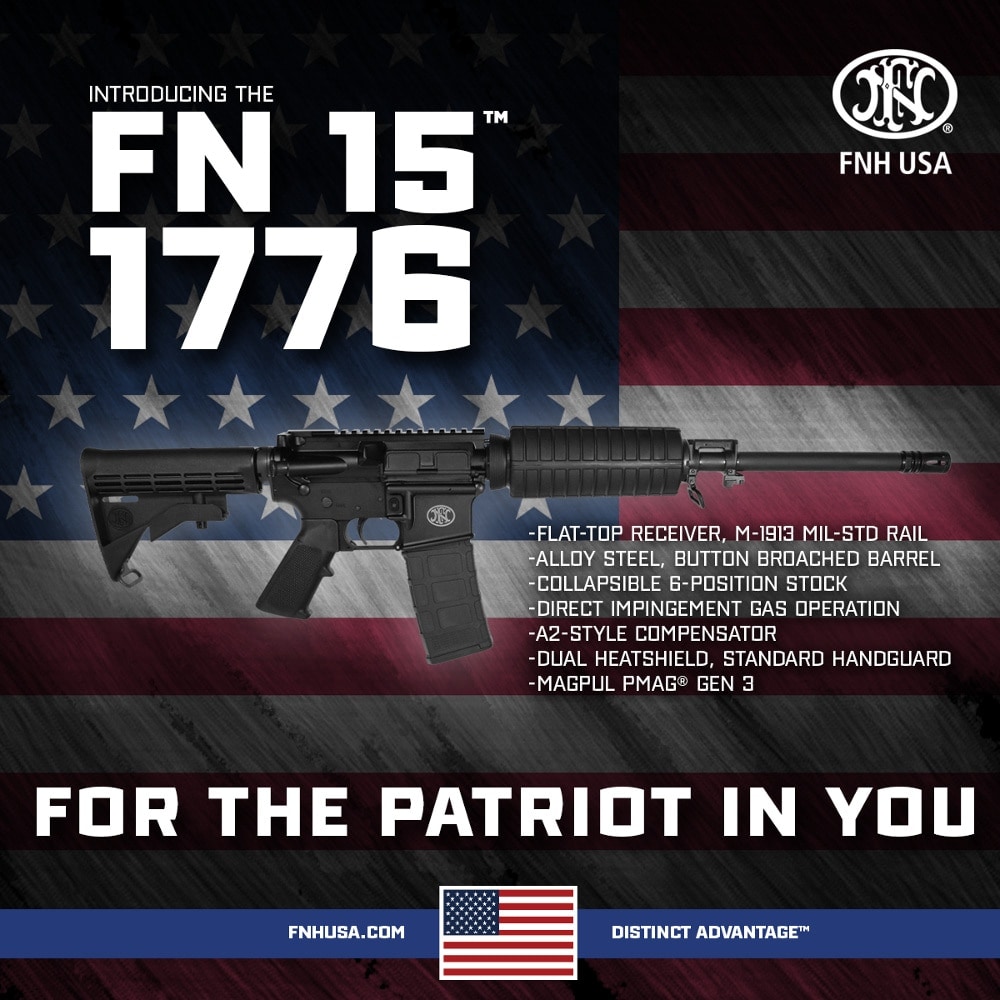 Just in time for the Fourth of July. (Photo: FNH USA)

“We are excited to continue the expansion of the FN 15 line with new models like the 1776 and provide customers with an opportunity to buy into the FNH USA brand,” he added.

It’s possible that this won’t be the first FN 15 product at an appealing price point. The 1776 has a suggested retail price of $899 which means real-world prices may be in the $700 range. The 1776 is a basic setup with a minimalist gas block and no sights.

Like many new “optics-ready” rifles the choice of sights is up to the user, which is kind of nice and helps keep the overall price down, but in this case the user will have to stick with receiver-mounted optics like scopes and red dot sights as there is no provision for a front iron sight with this gas block.

That’s not going to bother a lot of shooters as it’s becoming more common every day to run ARs with just a red dot or scope, especially for range guns. And there are plenty of well-made, durable optics, especially red dots, that are priced in-line with the 1776. You could easily spend more on fancy iron sights than on a budget-minded Burris, Lucid or Primary Arms red dot sight.

Another thing to keep in mind is that the gas block is fairly low-profile, making this rifle a candidate for the enormous selection of free-floating handguards that clamp directly to the barrel nut. As a platform for mods, the 1776 is solid.

Everything else is pretty much standard for a budget AR. It is of course chambered for 5.56 NATO, sports A2-style furniture and an A2 flash hider. One nice touch is that each FN 15 1776 comes with a 30-round Magpul PMag wherever available, instead of a GI-style magazine.

Still, iron sights would be a nice option and something we hope is in the works for this new entry-level option. FNH USA has been consistently expanding the FN 15 series and it wouldn’t be surprising if more less-expensive packages — with room to mount irons — are in the works.