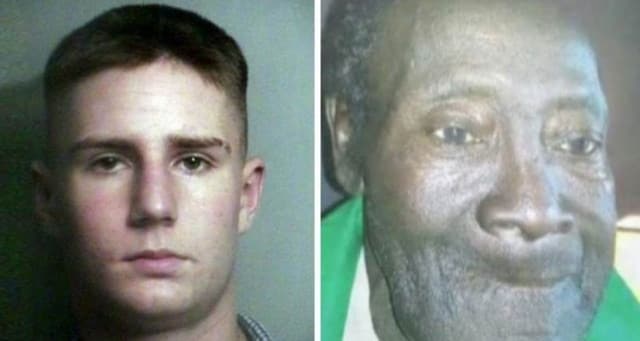 A 29-year-old man from Katy, Texas, pleaded guilty in federal court this week to hate crime charges stemming from an incident nearly two years ago in which he attacked an elderly black man, the Federal Bureau of Investigation announced today.

The attack occurred on Nov. 24, 2013, after Conrad Alvin Barrett had apparently been driving around working up the courage to play the “knockout game” and came upon the victim, who was 79-years-old at the time.

While recording the attack with his cell phone, Barrett struck the man with force great enough that the victim was instantly knocked to the ground. The man’s jaw was fractured in two places and he spent the next four days in the hospital.

Authorities did not initially have a suspect, but it was Barrett’s own actions that led to his arrest. Apparently Barrett, who questioned whether a white man playing the knockout game with a black man would get media attention, was showing off the video at a bar to random strangers he just met. Unbeknown to Barrett, one of those strangers was an off-duty police officer who did not find the video amusing.

Principal Deputy Assistant Attorney General Gupta called the attack a “heinous act of violence that was committed simply because the victim was African American.”