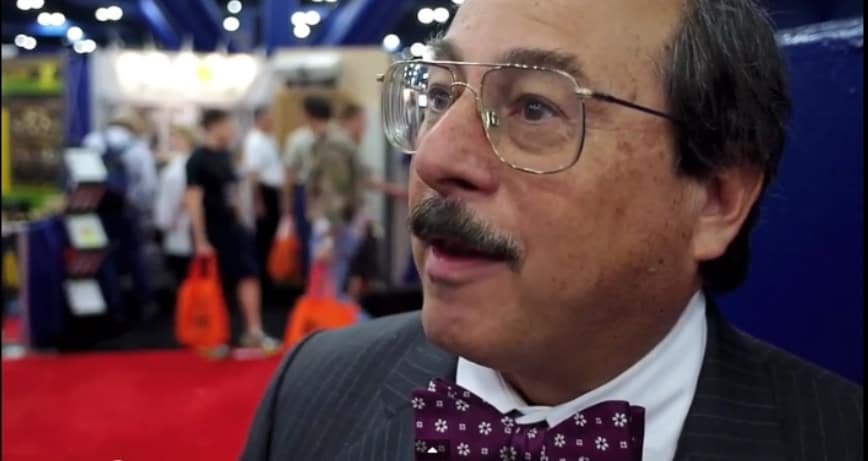 Alan Gottlieb, chairman of the Citizens for the Right to Keep and Bear Arms. (Photo: Guns.com)

In a letter to supporters, Alan Gottlieb, chairman of the Citizens for the Right to Keep and Bear Arms, said that a mass shooting should not prompt calls for more gun control legislation.

“When a deranged psycho path kills innocents we do not hear a public out-cry for more mental health funding and research, we see a political agenda being pushed to take away our guns,” Gottlieb said.

The chairman attacked senators Joe Manchin, D-WV, and Pat Toomey, R-PA, for proposing to reintroduce an expanded background check bill that was defeated in 2013 by a 54-46 Senate vote.

At a fundraiser for Sandy Hook Promise in Washington D.C. last month, Manchin said he would try again at the bill if he could count on 60 votes in his chamber.

The remark came about a week after a gunman opened fire on a church in Charleston, South Carolina, killing nine people during an evening Bible study.

“Every time there is a mass shooting or a tragedy like we just saw at a church in Charleston, South Carolina, a wave of gun control legislation is likely to follow,” Gottlieb said. “Every year we see a terrible tragedy in our United States. The victims get disrespected and exploited by a small number of people pursuing a political agenda at any cost.”

“According to the Navy review, if the Navy Yard shooter’s … mental health state had been reported to Navy authorities, his ‘authorization to access secure facilities and information would have been revoked.’ The shooting could have been prevented with new mental health regulations NOT anti-gun legislation,” Gottlieb said.