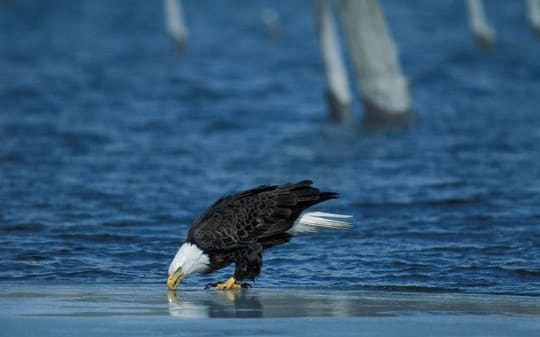 A Nebraska man was sentenced to 35 months in federal prison for habitual domestic abuse and his role in the unlawful killing of the national bird.

Antonio Bertucci, 24, of Macy, Nebraska, was convicted and sentenced for his crimes, which are separate incidents, in federal court on June 29.

He was convicted of two counts of abuse toward his girlfriend, which occurred on the Omaha Indian Reservation in October 2014. In both incidents he punched his live-in girlfriend in the face and also hit her in the body.

He had two previous convictions for domestic abuse assault in Woodbury County, Iowa.

In February 2014, a passenger inside Bertucci’s car was seen shooting at two bald eagles in a field on the Omaha Indian Reservation. When the tribal police and the tribal game warden responded, Bertucci attempted to flee by driving away at a high rate of speed. However, he was ultimately caught when his vehicle broke down and during a search of the vehicles investigators found a bald eagle carcass in the trunk.