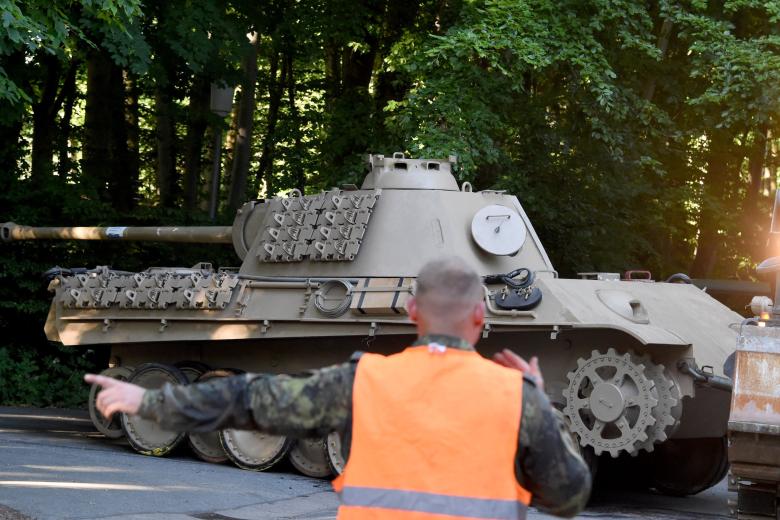 Officials in Germany called out the military last week to assist in recovering a cache of WWII-era armament that included a Panther tank and an 88mm flak gun.

Seized from a villa in the small town of Heikendorf near Kiel was a collection that any military museum would go gaga over. Among the items secured was a Panzerkampfwagen V Panther tank, a torpedo and a 88mm Flugzeugabwehrkanone (aircraft-defense cannon) as noted by the Telegraph as well as German national newspapers Süddeutsche Zeitung and Stern.

Reportedly about 20 members of the Heer, Germany’s modern army, were called in with a pair of Leopard (Büffel) tank recovery vehicles to move the 45-ton Panther and the artillery piece. 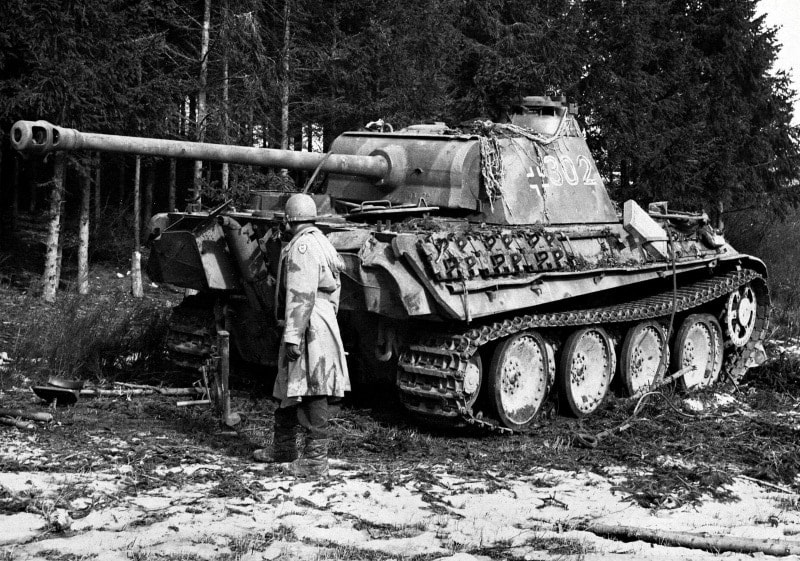 A Panther captured by U.S. forces in France in 1944, for reference. (Photo: U.S. Army Historical Command)

The Panther, designed during World War II to take on the heavy Soviet T-34 and KV-1 tanks, mounted a 75mm Rheinmetall-Borsig main gun whose flat trajectory actually was more powerful than the larger gun mounted on the vaunted German Tiger I tank. Although over 6,000 were completed and fought late in the war, fewer than 50 are believed to remain, primarily in museums. 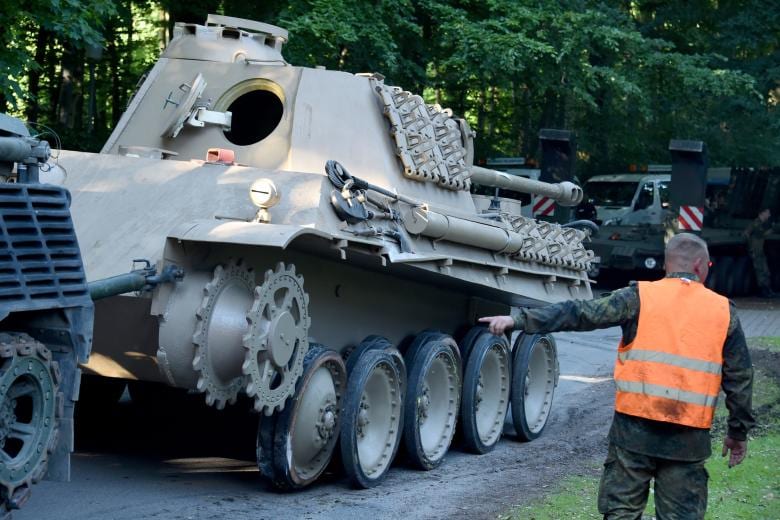 The Panther recovered seems to have its 75mm gun relatively intact, but is lacking its tracks 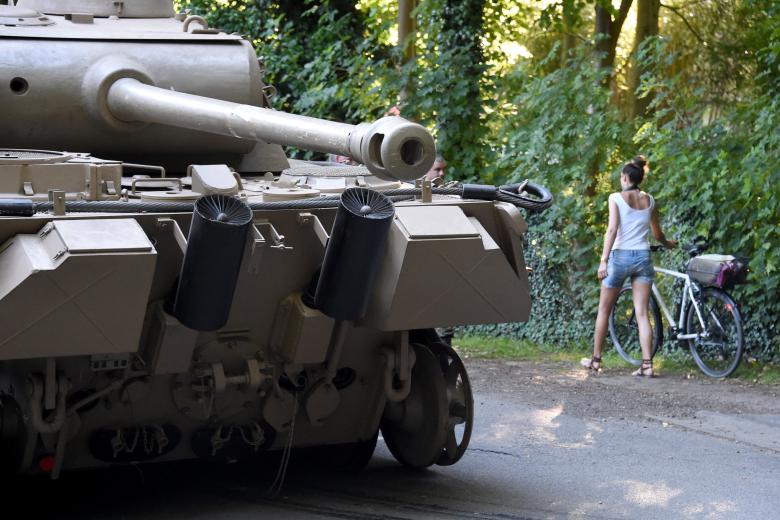 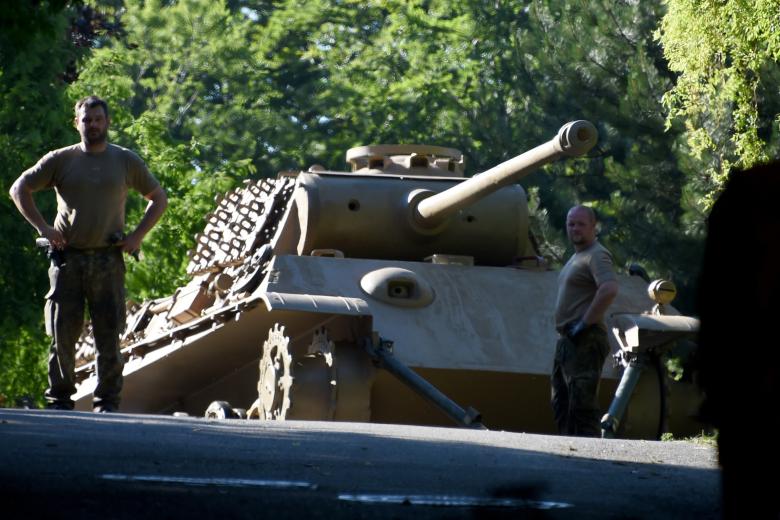 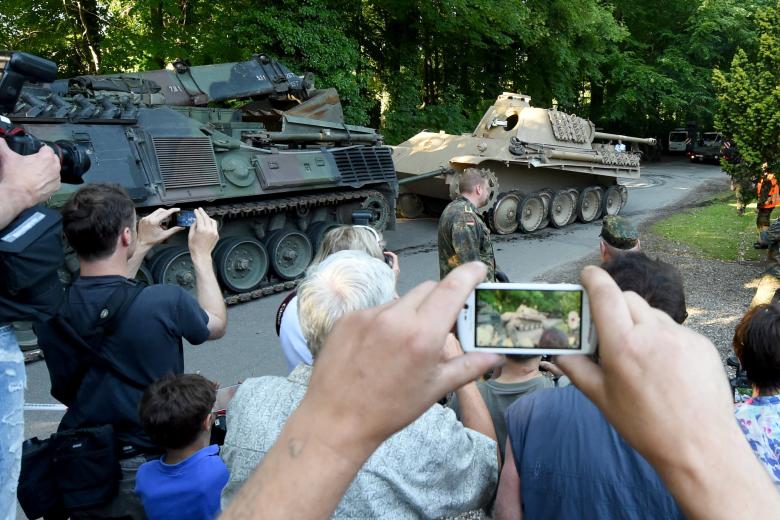 The event drew a significant crowd. After all, you don’t find a 1940s era panzer every day 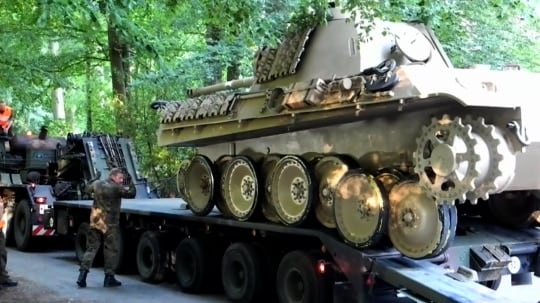 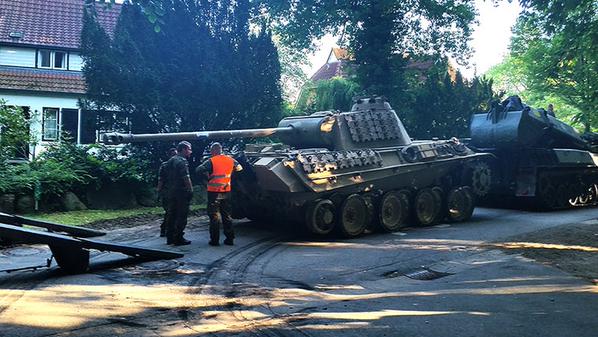 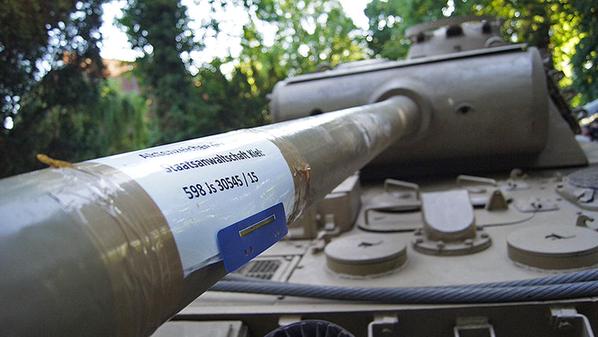 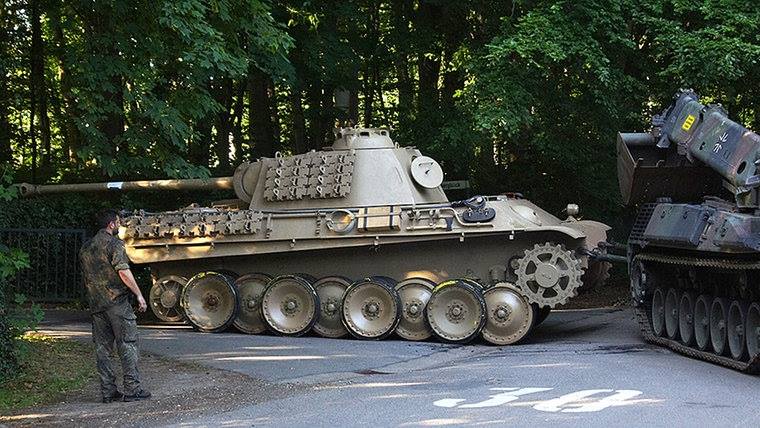 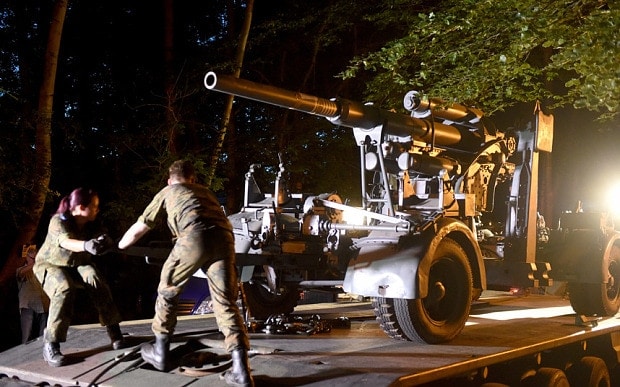 Note the “kill rings” on the gun’s barrel, each denoting downing an Allied aircraft

The owner, an unidentified 78-year-old retiree, had his collection impounded after officials inspected his residence following reports of stolen Nazi art. German arms control laws, as well as laws concerning possession of Nazi memorabilia or items, are very strict.

Regardless, an attorney for the collector maintains that the tank and anti-aircraft gun are both disarmed and comply with the country’s laws.