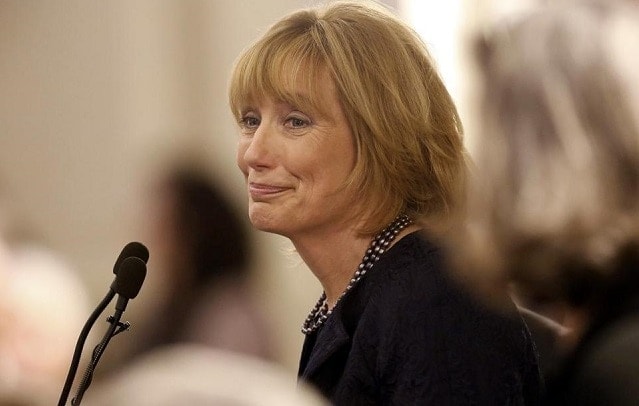 Gov. Maggie Hassan kept a promise made in April to gun control advocates by rejecting a Senate bill passed by the majority of state lawmakers that would have made the Granite State the eighth to allow concealed carry without a permit.

The legislation, Senate Bill 116, was introduced by state Republicans and passed the Senate 14-9 in February before winning over the House in a 212-150 vote in April. On the eve of its final vote, Hassan met with members of Moms Demand Action and pledged to veto the measure if it reached her desk.

She made good on that vow Monday and scuttled the bill with an extensive nine-paragraph veto letter to lawmakers.

A similar argument was used by Gov. Steve Bullock of Montana and Gov. Earl Ray Tomblin of West Virginia to veto constitutional carry legislation passed by their respective legislatures earlier this year. Like Hassan, both Bullock and Tomblin are Democrats who were sent permitless carry measures backed by strong Republican efforts.

Hassan went on to explain her endorsement of gun rights, with limits applied.

“I support the Second Amendment and I believe that Americans have a right to responsibly own guns for personal safety, hunting, and recreation,” noted Hassan. “However, I also recognize the need to balance the rights of gun owners with the rights of all New Hampshire citizens to be safe in their communities. With this consideration, I believe that New Hampshire’s current law is appropriate and responsible.”

She also quoted the majority decision in the 2008 Supreme Court case of District of Columbia v. Heller, in which Justice Antonin Scalia wrote, “Like most rights, the Second Amendment right is not unlimited.”

“Governor Hassan’s decision to veto SB 116 will keep our state’s common-sense concealed carry permitting system in place, which will continue to protect us all,” said Amy Moore, chapter leader for MDA in the state.

“Her decision to maintain this critical system is a victory for public safety and New Hampshire moms will continue to fight for safer gun laws that will keep our families and communities safe,” said Moore.

Gun rights groups, to include the National Rifle Association, were critical of Hassan’s motives for torpedoing the legislation.

“This was a common sense bill that would have protected law-abiding gun owners from inadvertently breaking the law,” said Chris W. Cox, executive director for the NRA’s Institute for Legislative Action in a statement. “Since lawful gun owners in New Hampshire can already carry firearms openly without a permit, they should not become criminals just because they put on a jacket or place their firearm in a purse or briefcase.

Meanwhile in neighboring Maine, Gov. Paul LePage, a Republican, is weighing his options on a constitutional carry bill currently on his desk.