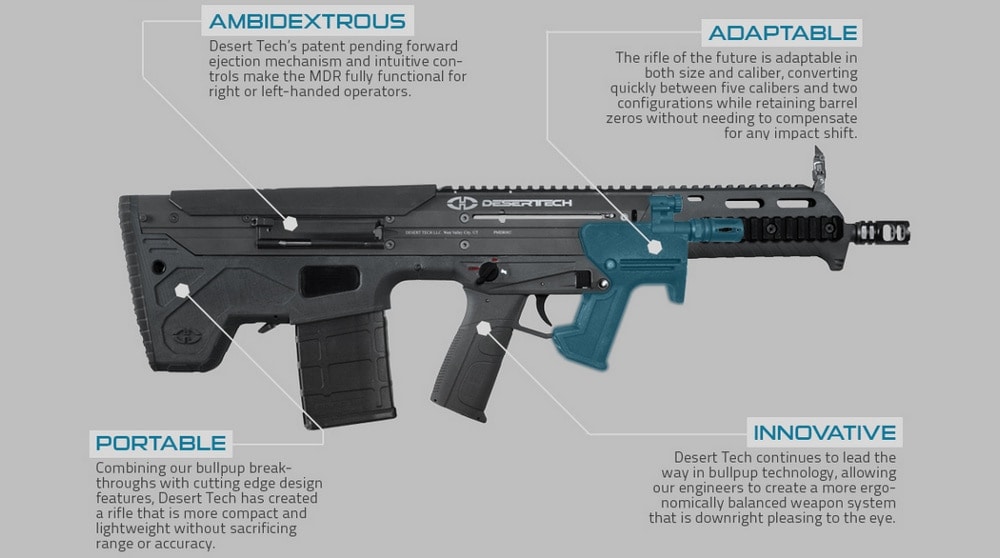 Desert Tech is a solid name in the long-range rifle community with a focus on tactical shooting including military and law enforcement training. The company broke their mold when they announced the MDR, a modular semi-automatic bullpup rifle, one of the most ambitious modern rifle designs the world has seen to-date.

It was announced at SHOT Show in 2014 with working prototypes on-hand ready to impress. No hard launch date was promised even at the 2015 SHOT Show with people waiting in line to see the revised MDR bullpups on display.

In the 18 months since the MDR was announced the team has been hard at work testing the design and making improvements based on independent user feedback, and now Desert Tech is setting a target for delivery: six months on the outside, potentially sooner. In order to meet that deadline, Desert Tech hired on SIG Sauer developer Cory Newman.

At SIG Newman contributed to the updated 556xi, MCX project and 716 family of rifles as their Principle Rifle Design Engineer. He joins Desert Tech as the new Vice President of Engineering where his job will be to transition the MDR from rapid prototype to production rifle. 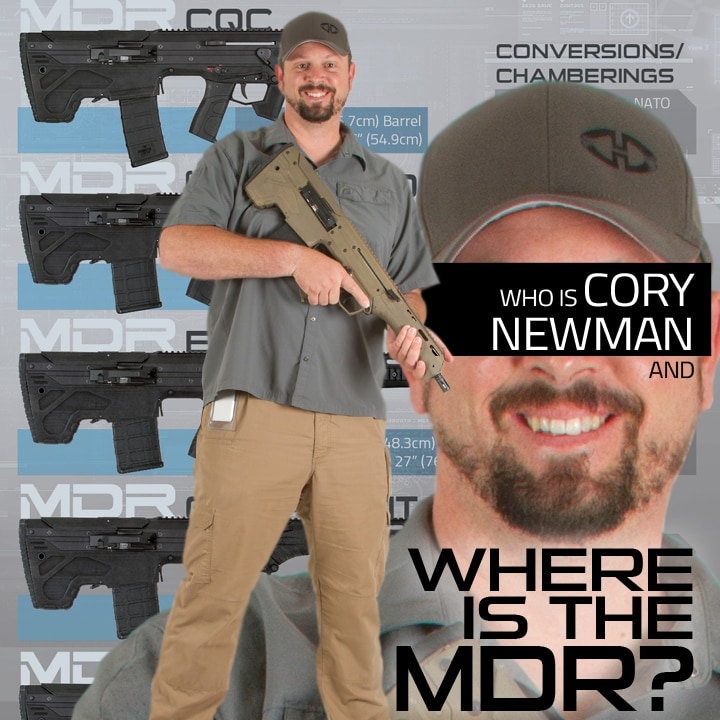 Cory Newman joins Desert Tech as the new Vice President of Engineering. His experience with SIG is bringing designs from concept to reality. (Photo: Desert Tech)

“I learned rapid development at Sig Sauer,” Newman said. “We would take a rifle and shoot 30,000 rounds a day through it in testing, evaluate it and look at it critically as if our lives depended on it.” In addition to his experience with SIG he worked with Butler Arms and Christensen Arms on firearms and materials design.

Part of the reason Desert Tech chose Newman is his track record on meeting deadlines. This will be critical in order to hit their January 2016 or earlier window to bring the MDR to the market. “Before I ever release a gun, I make sure that it is 100-percent safe, robust enough to accomplish what it is meant to do and absolutely reliable,” Newman said.

“Sig is a big name,” Newman said. “But what I saw at Desert Tech was different from other manufacturers. They weren’t building just any guns. They were building rifles to advance the industry. I immediately saw the potential of the MDR and that gave me the validation to come to Desert Tech. I was that excited.”

There are plenty of good reasons to be excited about the MDR. It’s a more-or-less ambidextrous bullpup with a forward ejection system — that alone makes the MDR interesting, but what takes it to the next level is the interchangeable barrel and magazine well systems.

Future plans include other cartridges like 9mm Luger and .22 Long rifle. The MDR is going to change hearts and minds when it comes to bullpups and Desert Tech knows they have to nail this product launch like none other.

The MDR is expected to launch with four models, an NFA-regulated short-barreled rifle, carbine and rifle models and a “compliant” rifle variant for sale in states with restrictions on rifle ownership.

If you’d like person updates regarding the MDR’s progress and status you can register with Desert Tech for email announcements.