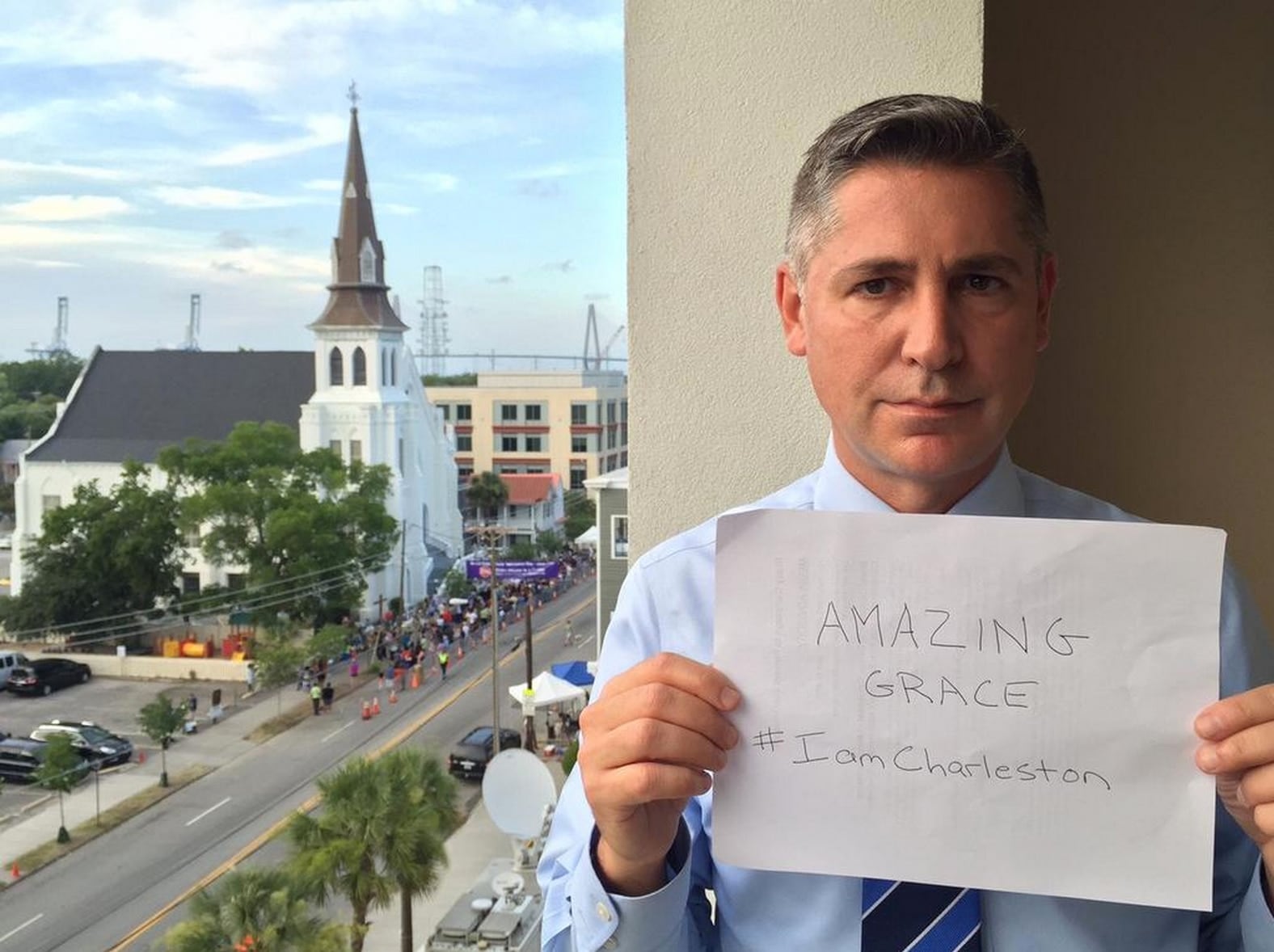 Gun control advocates from South Carolina rallied on Capitol Hill Wednesday morning and called on lawmakers to pass background checks they say could have prevented the deadly mass shooting at a Charleston church last month.

Members of the Charleston chapter of the Brady Center to Prevent Gun Violence were joined by the nephew of one victim of the shooting that killed nine church goers during an evening Bible study, the Associated Press reported.

“Our message is simple: every moment a Washington politician decries gun violence while sitting idly by, he or she has blood on their hands,” said Brian Malte, Brady’s senior national policy director, in a statement. “This course of deadly inaction must end.”

The group boarded a bus in Charleston Tuesday evening to participate in what’s being billed a bipartisan call for common sense gun reform.

Several weeks ago, Brady said it delivered some 10,000 condolences from supporters across the country to the mass shooting victims’ families. The group said it also collected 6,000 signatures calling on Congress to pass Brady background checks in all states.

The gun control advocates have been unsuccessful in past attempts at gun reform, even after a 2012 mass shooting claimed the lives of 26 students and teachers in Newtown, Connecticut.

The new charges are related to the victims who survived the attack, said Scarlett Wilson, local prosecutor for the Ninth Circuit Solicitor, in a statement.

Below: Watch the press conference live at 11:30 a.m. Eastern.