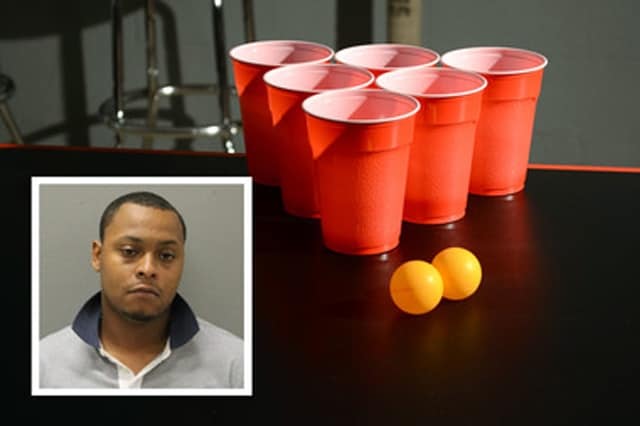 A 27-year-old man was charged with reckless discharge of a firearm after his attempt to distract a beer pong opponent at a party Saturday night backfired.

Manus Shannon was playing the drinking game when he pulled out a 9mm semi-automatic pistol and began waving it around in his opponent’s face in an effort to make him lose. But the opponent, a 24-year-old man, pushed Shannon back, causing him to inadvertently discharge the firearm.

The men drove themselves to the hospital for treatment of the non-life threatening wounds.

Shannon, who has a valid FOID card and a concealed handgun permit from Arkansas, where he lived until a few months ago, is being held in lieu of a $100,000 bail.