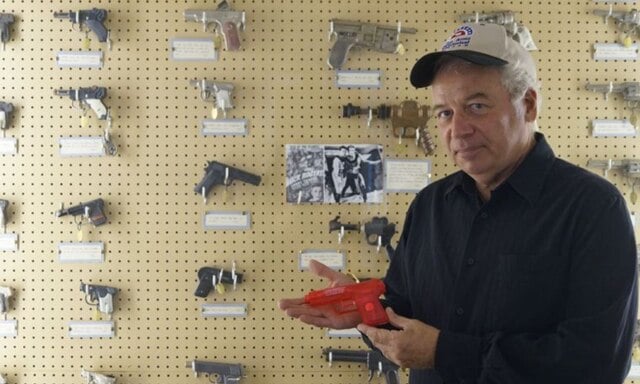 Carrie Underwood sent tiny toy guns out to radio stations across the country as part of a promotion for her new song about domestic violence, “Little Toy Guns,” and one of those guns has made its way to a historical gun museum in Claremore, Oklahoma.

Wayne McCombs, Executive Director of the J.M. Davis Arms and Historical Museum, said they have all sorts of guns at the museum – rubber band guns, flare guns, flint-action guns and more – and when he heard about the country singer’s promotion, he knew he wanted the water gun for his museum.

“Carrie Underwood is a very popular singer from Oklahoma and I thought, ‘Why not add this to the collection?’” McCombs said.

The toy gun will soon go on display, along with other item’s Underwood’s promotional team will be donating to the museum.