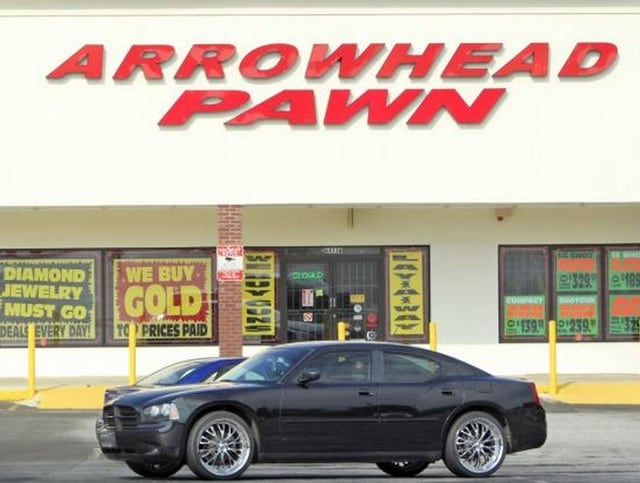 The pawn shop has been dubbed with the nickname “Shop of Death.” (Photo: Anthony Delmundo/ New York Daily News)

Federal authorities have discovered a pawn shop in Jonesboro, Georgia, sold two guns that were ultimately used to kill three cops – two in New York City and one in Omaha.

NYPD officers Wenjian Liu and Rafael Ramos were shot execution style while sitting in a patrol car in December. The semi-automatic pistol used by Ismaaiyl Brinsley to shoot the officers was legally purchased from the Arrowhead Pawn Shop in 1996.

Five months later, as Kerrie Orozco was just hours from completing her last shift before taking maternity leave, she was shot while pursuing Marcus Wheeler, a known gang member and convicted felon. Officers fired back at Wheeler who was found a short distance away and later died. Orozco, who was struck in the chest just above her bullet-proof vest, was rushed to the hospital, but efforts to save her were unsuccessful.

The gun used to kill Orozco was also discovered to be purchased from Arrowhead Pawn Shop just a month prior to the shootout, the New York Daily News reported. The gun was bought by Wheeler’s girlfriend through an apparent straw purchase, which is when an individual buys a firearm for another person who – for a number of possible reasons – is prohibited from completing the purchase themselves.

Jalita Jenera Johnson initially denied the straw purchase allegations and instead told authorities the gun had been taken from her house. She later admitted to buying the gun and ammunition for Wheeler, and has since been arrested and now faces charges for making false statements.

This isn’t the first time the pawn shop has been under scrutiny either. In fact, in 2010, authorities named the business as the number one source for out-of-state illegal guns found in New York City. The most recent statistics from the federal Bureau of Alcohol, Tobacco, Firearms and Explosives show that more than 300 firearms recovered from New York in 2013 came from Georgia.

The pawn shop is apparently part of what is known as the “Iron Pipeline,” the illegal flow of guns from southern states with more lax gun laws into northern states with typically stricter gun laws.