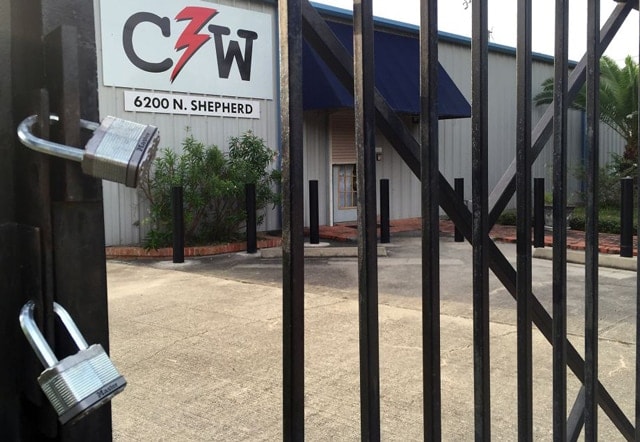 A burglary suspect died after he was shot while breaking into a Houston gun shop early Tuesday morning.

Class 3 Weapons, which as the name implies is federally licensed to sell Class III firearms like machine guns, has recently been targeted several times for break-ins, prompting the owner, 52-year-old John Kleiber, to sleep at his business.

Just before 2 a.m. Tuesday, Kleiber heard noises in his shop, so he armed himself and went to see what the commotion was about. He came face to face with multiple intruders and opened fire, striking one of the suspects.

When police arrived, they found the 23-year-old suspect, whose name has not been released, suffering from a gunshot wound to the head. He was transported to the hospital, but according to a report from a local ABC affiliate, he died.

Authorities believe two more suspects fled the scene and are still at large, but no description was immediately available.

No charges have been filed against Kleiber.

Tuesday morning was the second time an area gun shop was targeted for a burglary. Someone used a backhoe to smash a hole into Warthog Firearms just the day before.

“Every gun store owner probably needs to live in their gun store to protect it,” Jim Pruett, a former shop owner, told the Houston Chronicle. “It is not if they are going to burglarize you, it is when.”

Over a five-year span, Pruett’s Houston-based business was burglarized three times. He said criminals probably think it’s easy money, and with Class III weapons typically selling for several thousand dollars a piece, it’s not hard to see why. However, Alice Tripp, spokeswoman for the Texas State Rifle Association, said it’s not that simple, especially with dealers that sell weapons of that magnitude.

Tripp said she is unaware of any robbery at a Class III weapons dealer that has been successful.