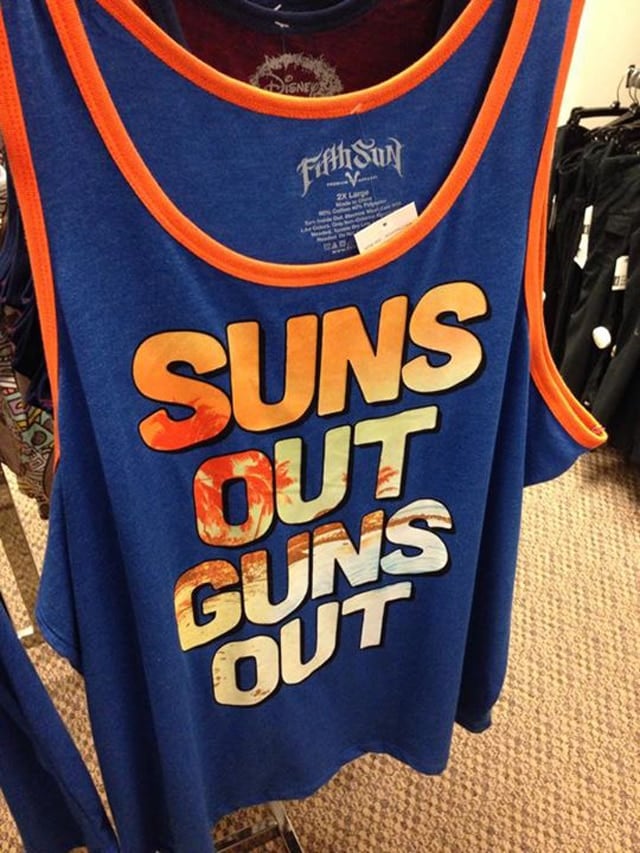 One woman’s search through a JC Penny’s sales ad for great deals ended with her contacting local media to complain about something she saw in the ad which she believes promotes violence.

“I did a double take when I saw the ad for this shirt right on the front page,” explained Rita Richardson, who lives in Sebastian, Florida.

The blue and bright orange muscle shirt boasts the saying “Suns Out Guns Out.” Guns, of course, refers to biceps, but Richardson believes the shirt, which would likely be worn by someone only wishing they had big guns rather than someone who actually has big guns, just sends the wrong message.

“I just thought it was sad that a major retailers like JC Penny would want its brand associated with something that advocates, glorifies gun violence,” Richardson explained.

Richardson hopes the retailer will immediately remove the shirt from their shelves, but no word on that yet.