A Japanese blogger takes old monochrome photos of early battleships and cruisers and gives them new life through a colorization process that has to be seen to be believed. 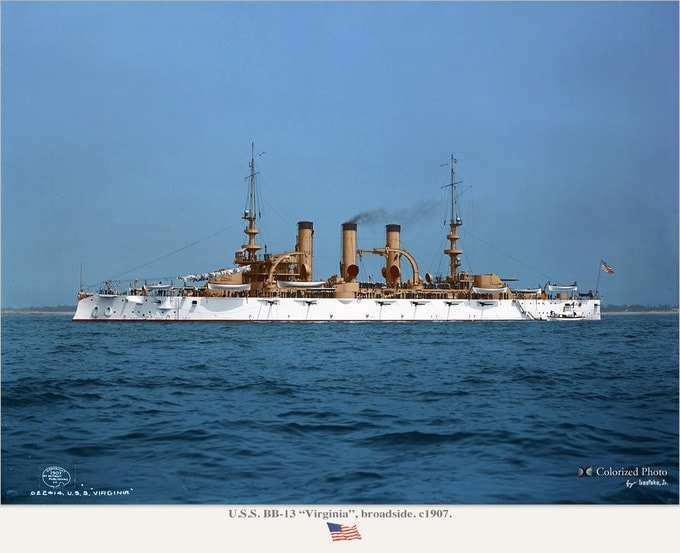 The artist, Irootoko Jr., has hundreds of images posted and, while it should come as no surprise that many are from the old Imperial Japanese Navy, there are ships from around the world.

Among these are the classic steam-era battle wagons of the U.S. Navy. These pre-dreadnoughts, built in the transitional era between the old school Civil War iron clad and the modern all big gun warships of World War I and later, were dazzlingly beautiful. Gleaming white hulls, buff superstructures, ornate bow shields and bright work, however, are lost in black and white pictures. 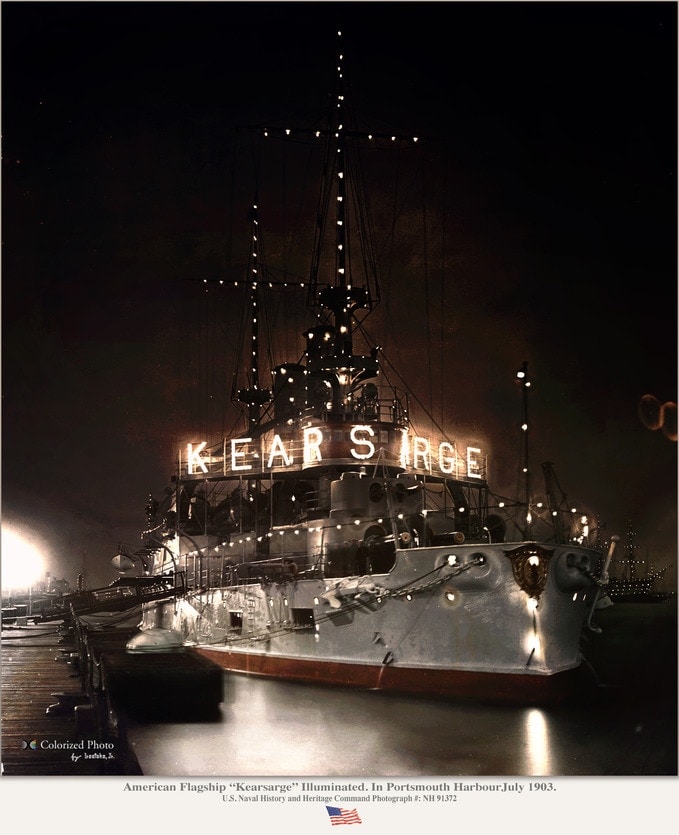 That’s where the artist comes in, taking the viewer of the colorized image back in time to the Great White Fleet of Teddy Roosevelt and help one grasp the concept of speaking softly but carrying a big stick. 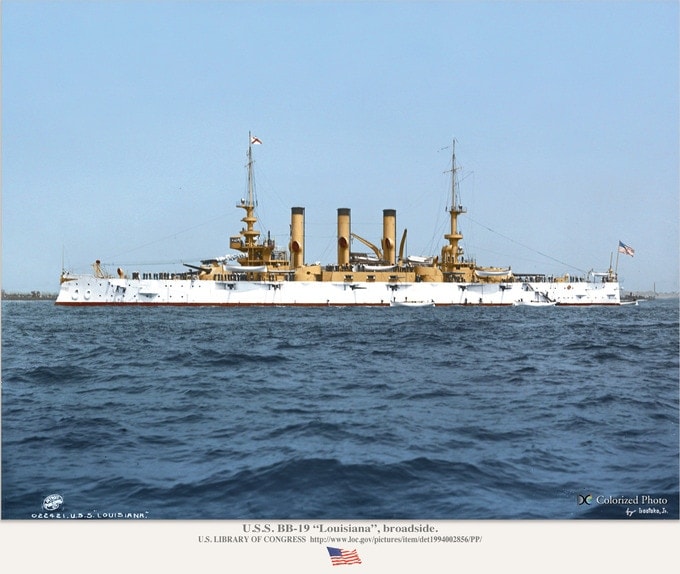 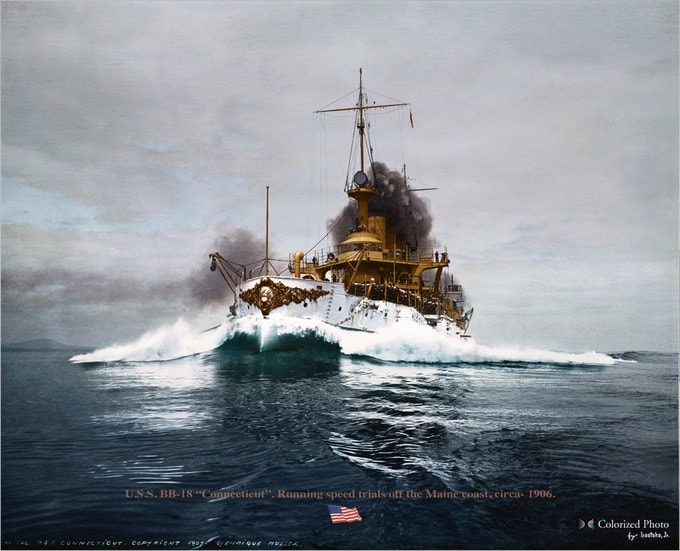 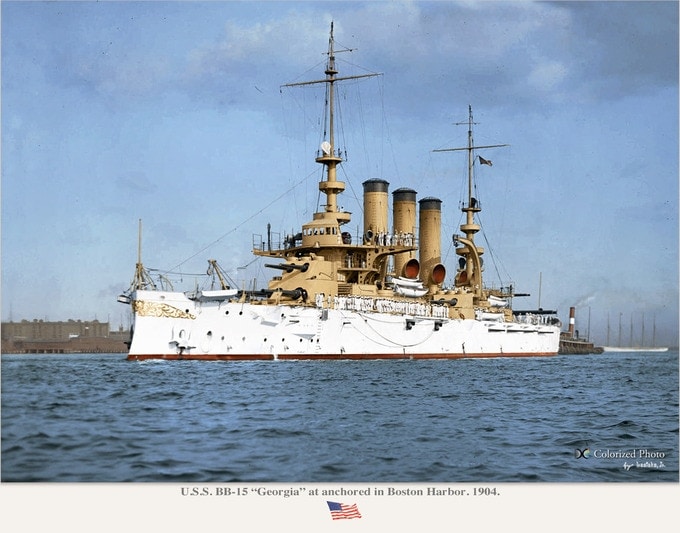 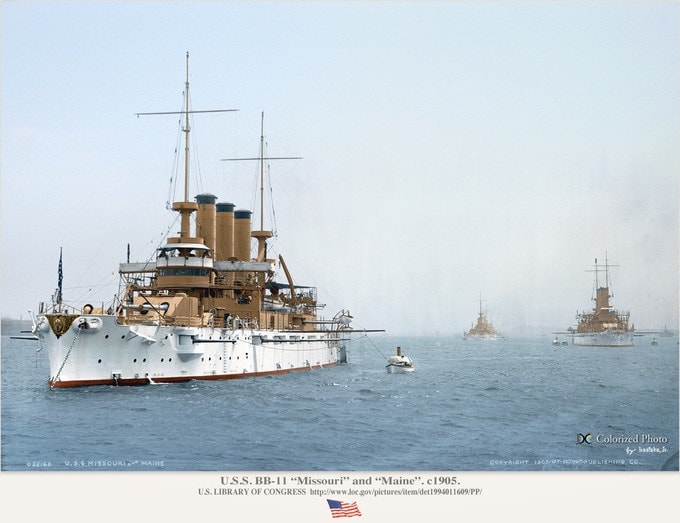 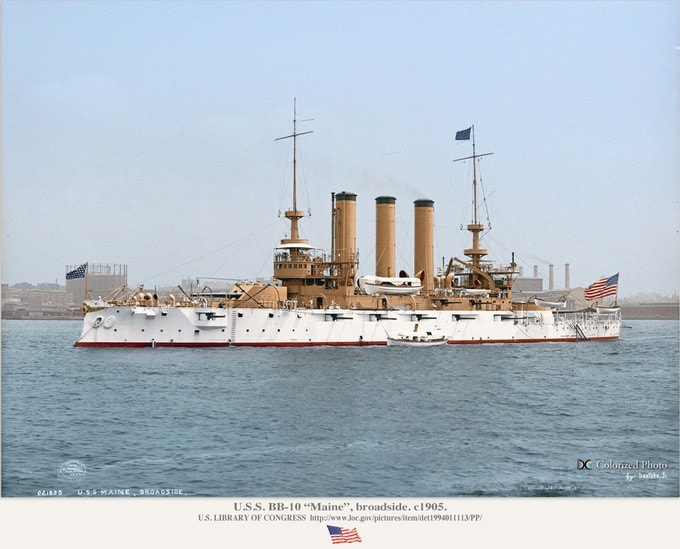 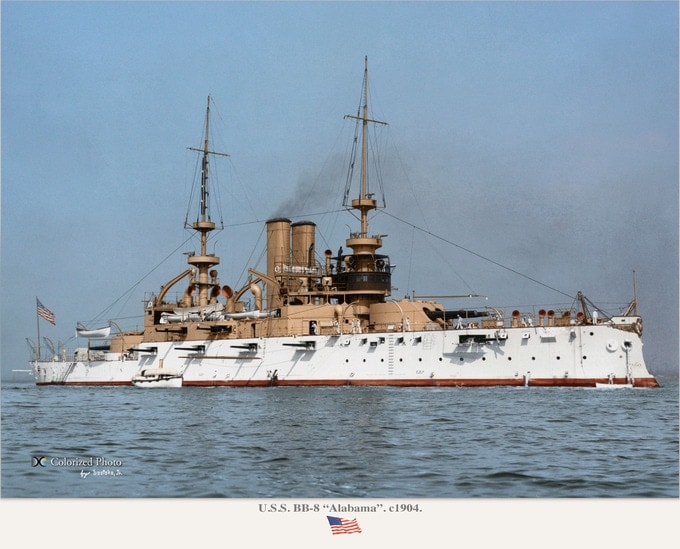 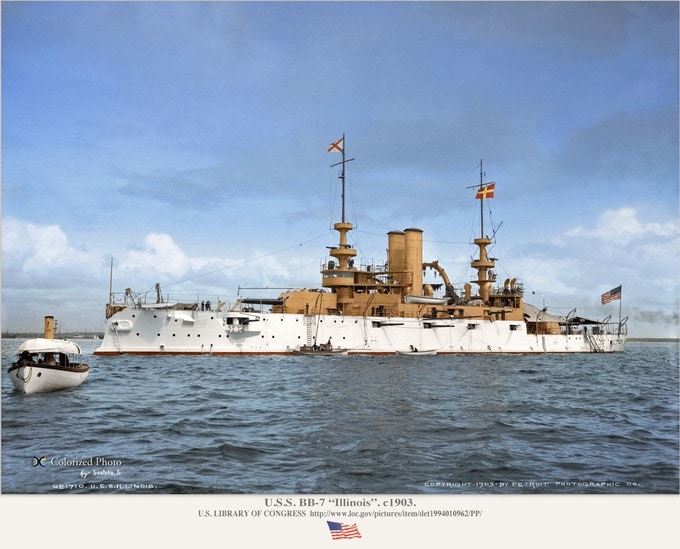 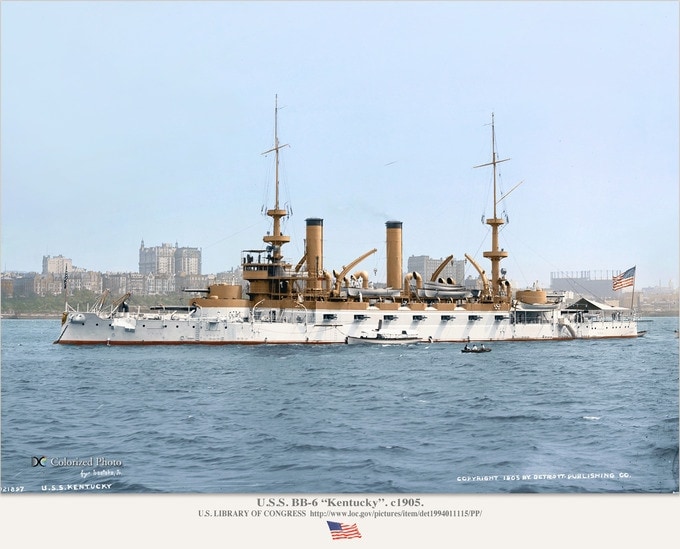