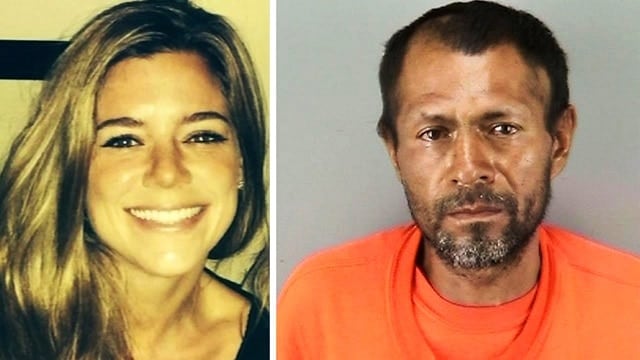 BLM officials verified that the weapon used in the death of Kathryn Steinle, allegedly by Juan Francisco Lopez-Sanchez, was stolen from a ranger. (Photos: AP composite)

The Bureau of Land Management confirmed Wednesday that the duty pistol of a ranger was used in the high profile shooting of Kathryn Steinle on a San Francisco pier last week.

Agency representative Dan Wilson told local media that the weapon, a .40 caliber handgun, was stolen from a car while the ranger was in San Francisco on business just four days prior to Steinle’s death.

Steinle’s alleged killer, Juan Francisco Lopez-Sanchez, 45, a Mexican national with at least five deportations under his belt, pleaded innocent in San Francisco Superior Court Tuesday and maintains he found the gun in a T-shirt on a bench.

According to the agency’s website, the BLM employs some 250 armed Rangers primarily in the eleven western states. Tasked with providing a law enforcement presence over public lands under the agency’s control, rangers also assist both local and federal agencies with other missions as needed.

Rangers were involved in the much publicized standoff last year between Nevada rancher Cliven Bundy and the federal government over grazing rights.

BLM has advised they are cooperating with the San Francisco Police Department in the ongoing investiation.