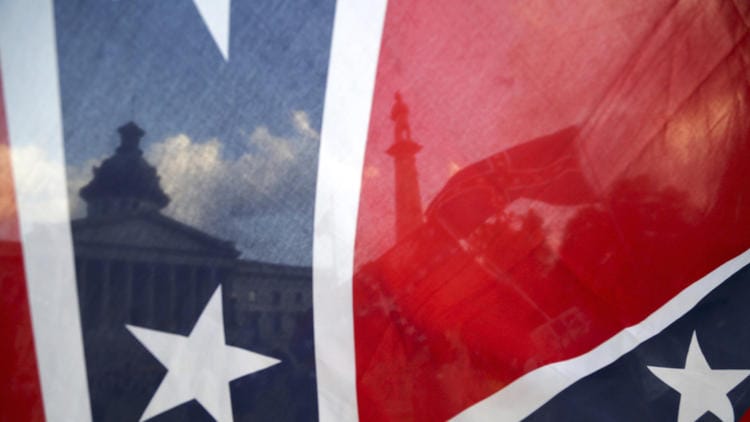 The South Carolina Statehouse is seen through a Confederate flag in Columbia. (Gerry Melendez / Associated Press)

After hours of debate in the South Carolina House and subsequent passage, Gov. Nikki Haley signed a bill into law Thursday which will order the Confederate battle flag removed from the state Capitol grounds, the Los Angeles Times reported.

The flag has been a symbol of contention for more than half century and was recently thrust back into the spotlight after a white gunman reportedly fueled by racist hate last month opened fire on a historically black church in Charleston and killed nine.

Haley said the flag will be taken down with dignity at 10 a.m. Eastern time Friday and put on display at the state’s military museum.

“The Confederate flag is coming off the grounds of the South Carolina Statehouse,” Haley told the overflow crowd. “We will bring it down with dignity and we will make sure it is stored in its rightful place.”

The governor called for the flag’s removal in the wake of the June 17 massacre at the Emanuel African Methodist Episcopal church after it was learned the gunman had written a racist manifesto and was featured in photographs with the Confederate flag.

“That flag has been up over half a century and now all, of a sudden, it seems like a storm came through that changed everything,” Doyle said. “It does seem like right now, at this moment, in South Carolina and the South people are feeling a courage to stand up for the best values of America and not let a small angry minority define Southern heritage and to link Southern heritage to this lost cause of slavery and secession.”

Proponents of the measure say it’s a win for state Democrats a step toward mending the racial divide in America.

Opponents say the flag is a symbol of the country’s past and shouldn’t be damned because a group of people use it inappropriately to further racist causes.