Chicago mom is fighting violence one kid at a time 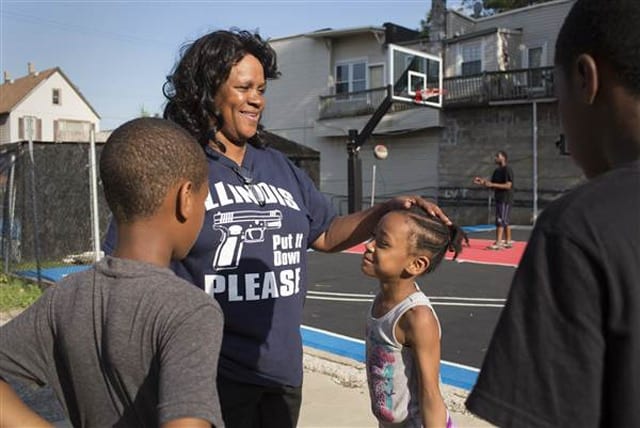 Twelve years ago, the mother of eight realized there was no longer a safe place for her children to play, so she took action and made a safe place for them. (Photo: John Brecher / NBC News)

Chicago is notoriously known for its epidemic of gang violence and shootings that occur on a much too regular basis, but one mother, who has seen the ugly side of her community for far too long has stepped up and taken on the epidemic in the only way she knew how. Her solution to stop the gang violence and shootings has nothing to do with gun laws or anything of the sort, but rather reaching out to the kids in the community.

Diane Latiker first started her program more than a decade ago when she realized her then 13-year-old daughter and her friends didn’t have a safe place to play in the neighborhood. The area was peppered with boarded-up buildings and vacant lots and the parks were no longer places for children to play.

Latiker knew the kids couldn’t stay out on the streets, so she invited them into her home and attempted to entertain them there. Within a week, a few more kids showed up at Latiker’s house and others followed suit.

“Within a couple of weeks we had 30 kids coming to the house,” Latiker said in an interview with NBC News.

The numbers continued to grow and soon she had 70 kids hanging out in her small two bedroom, one bathroom house. But the youngsters just kept showing up and she wouldn’t dare turn any of them away.

Before long, what started as a simple idea turned into a full-time job and a non-profit organization now known as Kids off the Block. The focus is simple: Provide alternatives for gangs, drugs and the other things that are effecting the city in a negative way.

To date, the program has helped over 2,000 children, some of whom were already gang members, others already had police records – even at a young age – and others just didn’t want to go to their own homes where fighting was a frequent occurrence.

“What kids in this neighborhood need more than anything right now is support,” she said.

While the field trips are fun and the cookouts are a delight, Latiker said the only thing all of the kids really want is just someone to listen, but unfortunately, not all of the kids who come through the program end up avoiding the violence. In fact, two of the kids she tried to help were shot and one died.

In 2008, a 19-year-old boy who Latiker had been helping to bring up his grades was shot 10 times while on his front porch with a friend. Although the teen survived, he has five bullets still lodged in his body.

Two years later, another 19-year-old boy had stopped coming around after he told Latiker he had given up. Several months later while Latiker was taking some kids home after a peace rally, she was faced with a crime scene in the middle of the street. She soon realized the teen lying in the street was the same boy. He was dead following a fight at a barbershop.

“I blamed myself for a long time because I always felt that I could have done more,” she said.

But nonetheless, Latiker moved forward and focused on what she could do to help other kids.

She cleaned up a vacant lot – a hotspot for gang members, drug dealers and prostitutes – and built a basketball court, which is open to anyone who wants to play. They’ve even created a basketball league for kids in fifth through eighth grades, the age they are most likely to be pushed to join a gang.

“If you can tire them out for the day so all they think about is getting to bath, eating and going to bed, you’ve scored,” Latiker said. “You can’t let them wander out here or get involved with the negative influences that are out here.”

Latiker said that a lot of the kids think the only thing they have of value is a gun, but she continues to aim to teach them that their lives are of so much more value than that. And as they learn, Latiker is helping to solve the problem of violence, one kid at a time. 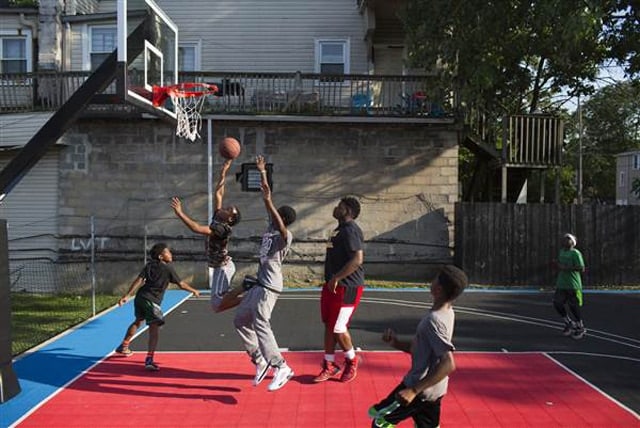