Females, cadets among highest at risk for suicide attempts 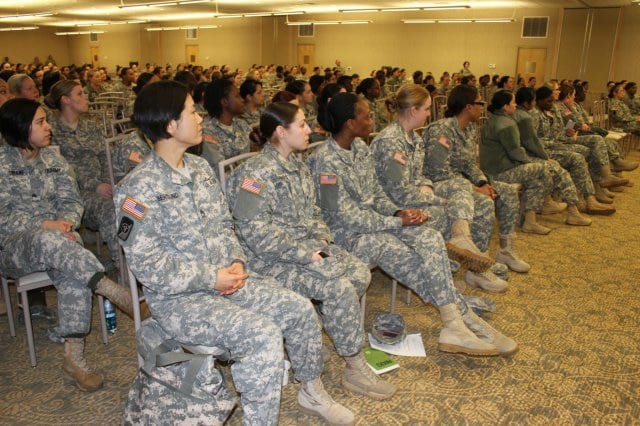 A study published in JAMA Psychiatry Wednesday indicates females, new enlistees and veterans with mental health disorders are at the highest risk for attempting suicide.

Dr. Robert Ursano, lead author of the study and the psychiatry department’s chairman at the Uniformed Services University of the Health Sciences, found that while studies have been conducted on completed suicides, the study of suicide attempts among servicemen are largely ignored.

The study, which focused on events from 2004 to 2009, found that, according to Defense Department Suicide Event Reports, 9,650 soldiers attempted suicide and 676 of those attempts were successful.

Enlisted soldiers and officers were more at risk for attempting suicide if they entered service at age 25 or older.

Risk was particularly elevated during the first tour of duty, notably in the first few months of service.

Personnel who received a mental health diagnosis were at risk for attempting suicide within a month of getting the news.

Non-Hispanic Caucasians were at higher risk than minorities.

“The more we know about the who and when, the more we can have precision medicines and individualized treatments for those at-risk,” Ursano said.