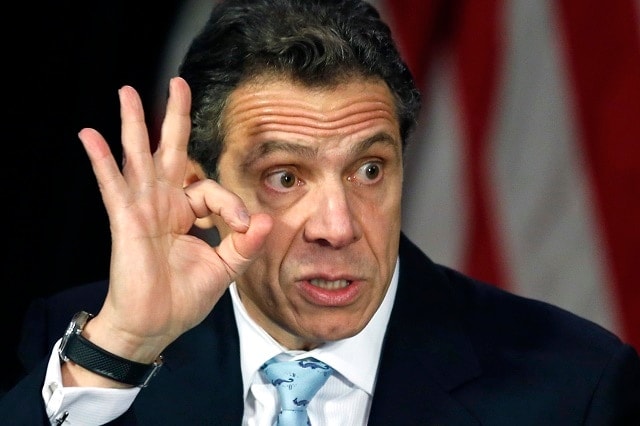 The move, brokered by state Republicans and the governor’s office, would suspend the requirements of the 2013 Secure Ammunition and Firearms Enforcement Act that mandate background checks for ammunition sales in the Empire State until a planned sales database could be perfected.

While Flanagan has not released a statement, other state Republicans who pushed for reforms this session but weren’t able to get them to Cuomo’s desk,  are talking up the Albany deal as a win for gun rights.

Adopted in 2013 just days after the mass killing at Sandy Hook Elementary in Newtown, Connecticut, that took the lives of 26 students and faculty, the SAFE Act expanded New York’s definition of what constitutes an assault weapon, limited magazine capacity, ushered in a host of mental health changes in regards to firearms possession, and called for a database of ammunition sales while throwing up a roadblock to Internet sales of live ammo.

Since then, the assault weapons ban and resulting registration seems to have been met with low compliance, the magazine capacity limit has been stretched, a number of cases in which firearms collections have been impounded over the mental health codes are now in federal court and the ammo database has repeatedly been kicked down the street over technological issues.

Representatives of Cuomo’s office are making clear that the ammo mandate still exists, along with its $10 charge per use on each ammo sale, its just waiting for a workable system to implement.

“No provision of the SAFE Act –including the ban on Internet ammunition sales — has been rolled back or altered due to this memorandum,” said Cuomo spokesman Rich Azzopardi. “This simply acknowledges what has been said previously — the ammunition sales database will not be prematurely introduced until the technology is ready and it does not create an undue burden for business owners.”

This has state gun rights advocates seeing red and calling the concession a bait and switch by Republican lawmakers.

“It seems this is an attempt to restore credibility to the Senate GOP and Senate Majority Leader John Flanagan,” noted the NY2A Grassroots Coalition in a statement posted to their social media account. “All this does is recognize the fact that the ammo check system and database is not possible now. The actual memorandum of understanding states that when it is feasible and they choose to fund it, it will be implemented.”

The agreement does not affect the other tenets of the SAFE Act.