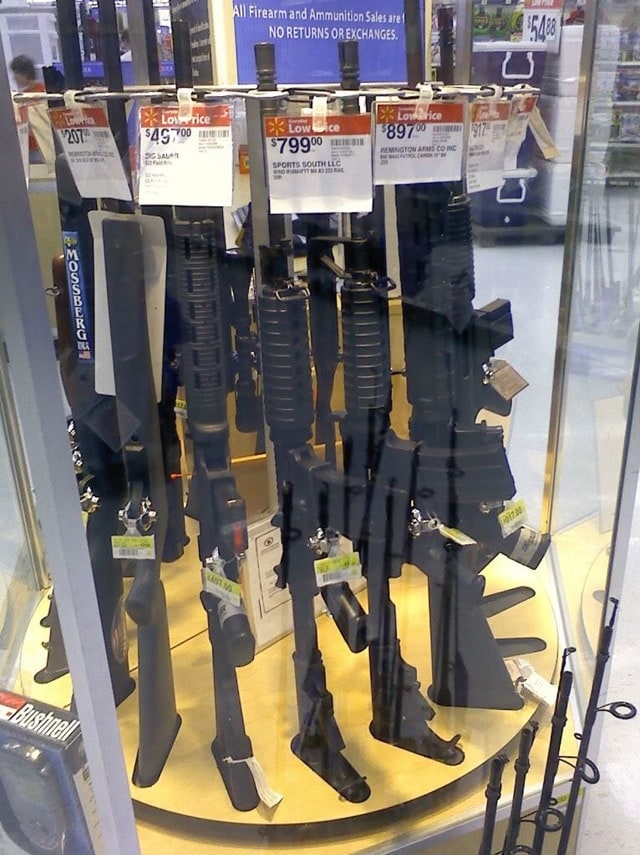 The types of AR rifles sold at Wal-Mart stores that Trinity had issues about. (Photo: New Jersey Hunter)

A federal appeals court last week issued its full opinion explaining why shareholders of Wal-Mart do not have the right to impose a vote to decide if the company can sell guns that use high-capacity magazines.

The 60-page opinion details the complexities of the relationship between shareholders and the company they have a stake in, and how the decision is ultimately up to the government agency, the Securities and Exchange Commission, tasked with regulating public companies.

“Despite the substantial uptick in proposals attempting to raise social policy issues that bat down the business operations bar, the SEC’s last word on the subject came in the 1990s, and we have no hint that any change from it or Congress is forthcoming,” reads the opinion. “As one former SEC commissioner has opined, ‘it is neither fair nor reasonable to expect securities experts [like the Commission and its staff] to deduce the prevailing wind on public policy issues that have yet to be addressed by Congress in any decisive fashion.’”

The opinion also suggests to the agency that it revise its regulatory policy to make clear shareholders’ rights in regard to business operations.

“We have no doubt that the Commission is equipped to collect ‘relevant data and views regarding the best direction for its regulatory policy,’” reads the opinion with a citation to a 2008 court ruling (Nagy v. Florida). “We thus suggest that it consider revising its regulation of proxy contests and issue fresh interpretive guidance. In the meantime, we hold here that Trinity’s proposal is excludable from Wal-Mart’s proxy materials.”

Initially Trinity won the lawsuit that it filed in April 2014 in which a federal court said the retail giant should allow shareholders to vote on Wal-Mart stores selling high-cap firearms, but that ruling was overturned in an appellate court in April 2015.

With the lawsuit, Trinity, which has roots dating back to the 18th century and has more than $800 million in assets and real estate valued at approximately $3 billion, decided to address the availability of arms in Wal-Mart similar to the one used in the murder of 20 first-graders and six educators at Sandy Hook Elementary School in Newtown, Connecticut.

Expanding on the notion that Wal-Mart should not be punished for excluding Trinity’s proposal, the court said:

“Even if Trinity’s proposal raises sufficiently significant social and corporate policy issues, those policies do not transcend the ordinary business operations of Wal-Mart. For a policy issue here to transcend Wal-Mart’s business operations, it must target something more than the choosing of one among tens of thousands of products it sells. Trinity’s proposal fails that test and is properly excludable.”