Partial remains of man found inside alligator after it's shot, killed (VIDEO) 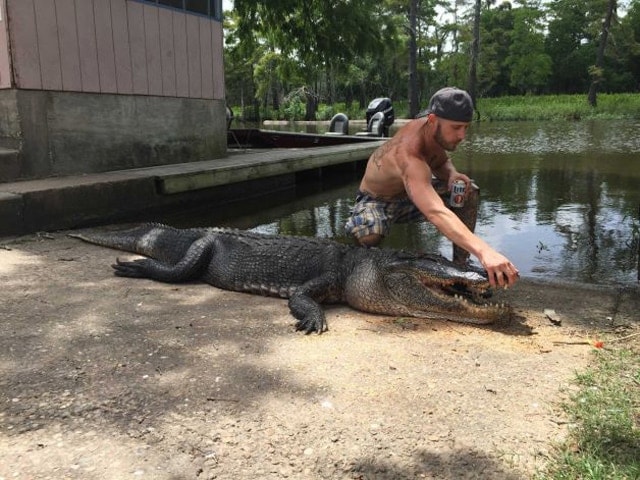 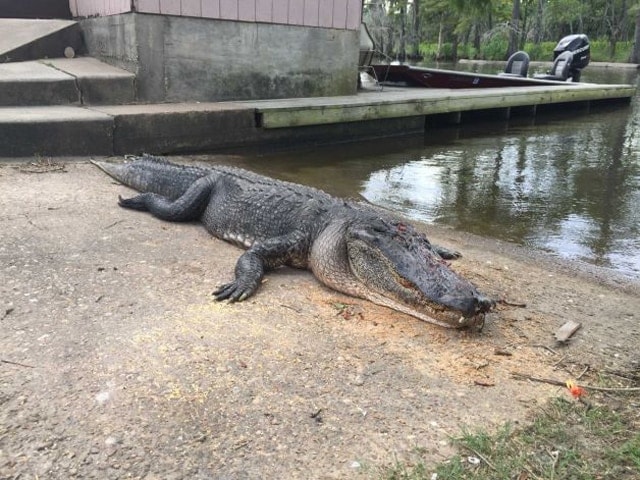 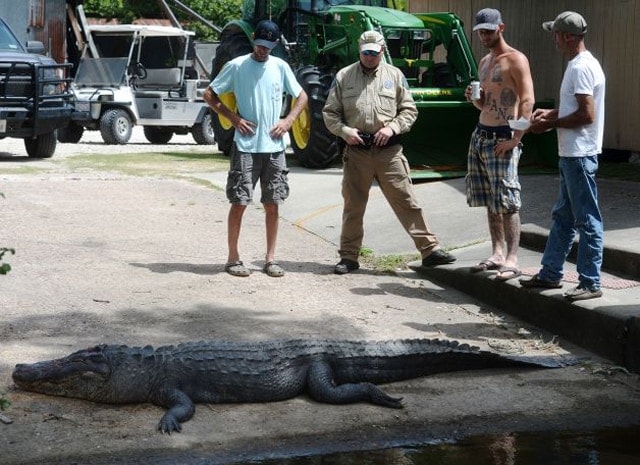 After a local man shot and killed an alligator, authorities found partial remains of a man that was apparently attacked by the animal three days prior at a marina in Orange, Texas.

Witnesses said 28-year-old Tommie Woodard of St. Louis was at the marina on July 3 when he began mocking the alligators. Despite warning signs posted and his acquaintances urging him not to, Woodard said, “(Expletive) those alligators,” and jumped into the water.

Woodard’s body was found about two hours after game wardens were called around 2:00 a.m. Crews searched into the early morning hours, but the alligator could not be located.

Three days later, authorities were called again when the carcass of an alligator was discovered at the same marina. An investigation determined the 11-foot, 400-pound alligator was the same one that attacked Woodard’s. Partial remains of the man were found inside the animal when officials cut it open.

A man known as “Bear” admitted to shooting the animal after setting a trap off of his boat using a chicken, but although killing the animal was a Class C misdemeanor with a maximum fine of $500, authorities only issued him a warning citation since they believe he acted out of concern for the safety of himself and others.

“He had to go,” Bear said. “That’s what happens when you kill someone.”