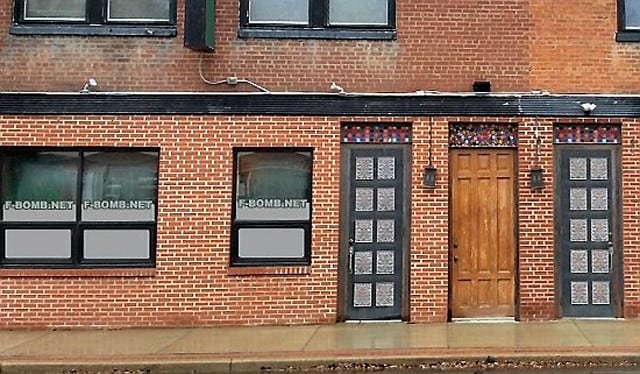 Some residents feel the signs at the front of the store are offensive. (Photo: Geoff Gorres/Pioneer Press)

Some residents of St. Croix Falls, Wisconsin, are upset over the choice of one local business’ name, which they claim just does not convey the type of character they want in their small town.

“Our business is F-Bomb Ordnance, which is a firearms business,” co-owner Dr. Geoff Gorres explained to a local CBS affiliate.

Gorres said he and his business partners, one of whom is a sheriff’s deputy and the other a U.S Navy veteran, have owned the company for about five years, but a recent move to Main Street has some of the residents up in arms.

St. Croix Falls Mayor Brian Blesi said the name of the business, as well as their website – F-Bomb.net– stands out in bold block letters on the front of the building.

“To me that phrase means only one thing, and I think that’s the majority sentiment here in the community,” Blesi said.

But Gorres, who is an emergency room doctor in addition to co-owner of the gun shop, said the play on words is a constitutional-protected right and the name was never created to offend or otherwise cause furor. Nonetheless, about 50 people who are opposed to the name attended a city council meeting last week.

According to the Pioneer Press, Amy Klein, who was one of about a dozen residents who took to the floor during the meeting to speak out against the name, said the blatant use of such a euphemism lowers the standards of the community and does the opposite of what they are trying to achieve by restoring the Main Street area.

But Gorres said he believes the name does no such thing and that he cannot control what other people may find offensive.

“There are a lot of things that offend me in America,” he said. “And I just have to deal with them.”

But Gorres said the controversy isn’t only about the name, but the fact that they sell firearms. Gorres agreed and said that is “absolutely” part of the problem.

“If the name of our business was F-bomb Records, I don’t think that we’d be having this discussion,” Gorres said.

But Blesi said the question that the city council will have to decide focuses on the name and whether the name can be “displayed prominently” on Main Street.

A decision will be made by the city council Monday on whether the name violates the city’s nuisance ordinance, but according to Blesi, even if the business is allowed to stay, zoning changes will likely occur to prevent businesses with similar names from setting up shop in the center of town.

Still, Gorres seems confident the business will remain as is.