5.11 Tactical is launching their new “Passion Forward” campaign to celebrate and encourage women in the greater world of shooting, including competition shooters, hunters and women looking to take self-defense into their own hands. Starting off with an “always be ready” mindset Passion Forward is introducing three campaign “ambassadors,” competition shooters and athletes Janna Reeves, Jolie Gentry Macias and Katie Francis.

The company isn’t new to women’s apparel and tactical accessories, including several lines of pants and shells made for women in law enforcement and competition circles, as well as women looking for practical everyday active wear; this new campaign is designed to boost awareness of the shooting sports and of course, sell pants.

“We are proud to develop products that are made for women, by women,” said 5.11 Tactical CEO, Tom Davin. “Women have demanded a superior product, and we’ve long understood that the fit of women’s products is a key element of high performance. Our Passion Forward campaign is dedicated to honoring women who maintain an ‘Always Be Ready’ mentality, and we’re thrilled to team up with Janna, Jolie and Katie, who truly personify the Passion Forward mission.” 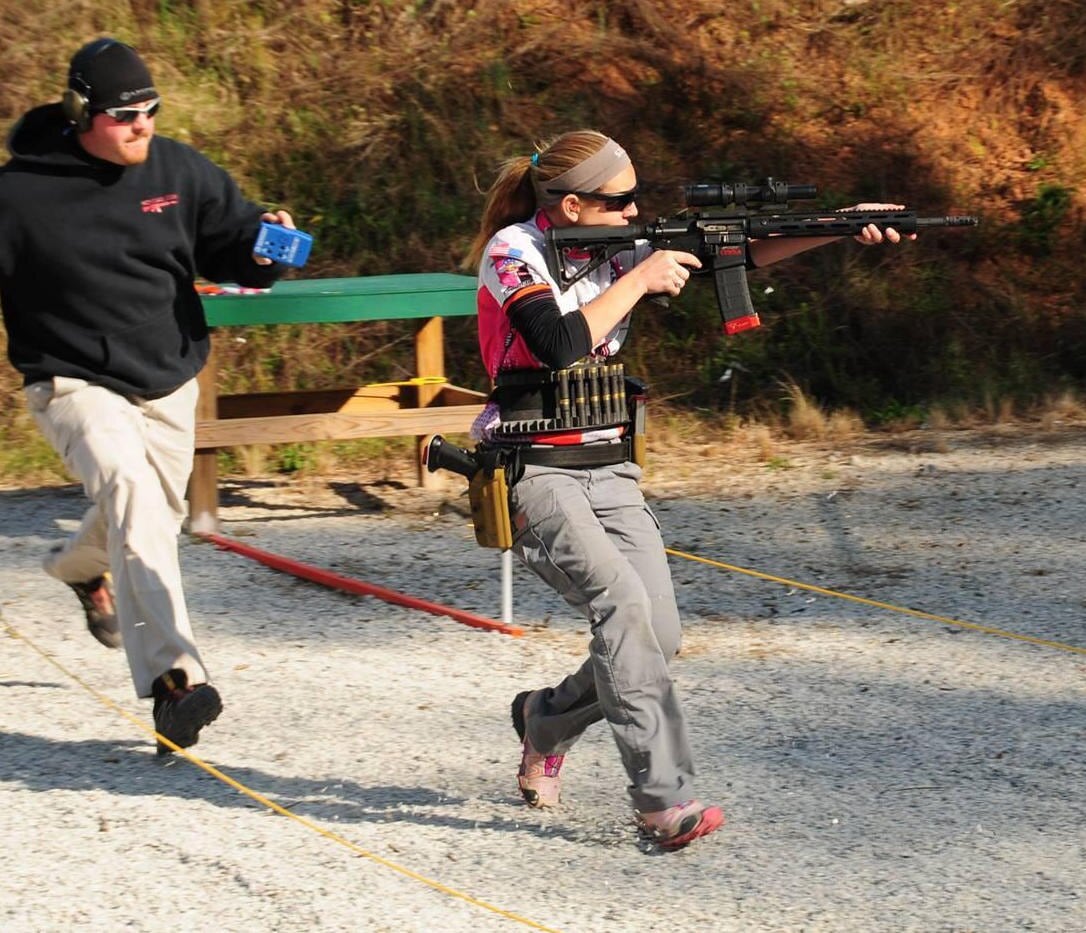 Francis, 16, is the youngest of the first Passion Forward ambassadors. She is already an accomplished international 3-gun shooter. (Photo: Francis/Facebook)

First up is ambassador and professional competition shooter Janna “Miss Battle-Born” Reeves. Reeves shoots with Team Noveske, one of the big names in the AR industry, especially the practical-tactical black rifle crowd. Her skills have been televised during the 3-Gun Nation Pro Tour and she is also an NRA-certified firearms instructor.

Jolie Gentry Macias is a police offer and SWAT team member — the first on her force — and a crossfit sensation. Today Macias is training as an Olympic hopeful and is looking to lead her team at Catalyst Athletics in Weightlifting.

Last but not least 5.11 has added Katelyn “3-Gun Katie” Francis to the team. Francis, 16, is an accomplished USPSA shooter with over six years of competition shooting experience — she started at the age of 10. She is competing at the international level and will be at the 2015 IPSC Shotgun Match being held this year in Italy.

Together with the women and men at 5.11 Tactical the ambassadors will put together a series of free training videos including shooting tips and tricks, safety and awareness exercises, carry tactics as well announce new products and giveaways. Shooters don’t have to be 5.11 fans to benefit from the campaign.

And while the campaign is target to and tailored for women, the vast majority of shooting skills and situational awareness and preparedness exercises cross gender lines and we suspect everyone has something to gain from the Passion Forward ambassadors. If you’d like to learn more about the campaign check out the new 5.11 Tactical Passion Forward page today.