EraThr3's got a brand-new rail 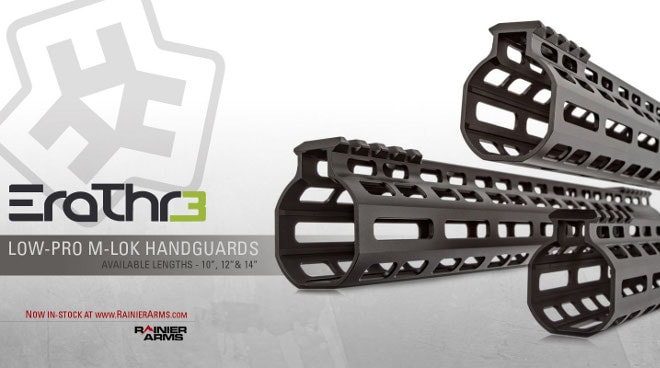 Tactical outfitter EraThr3 now offers their Low-Pro E3H1 handguard for people who are looking to build ultralight — and great looking — AR rifles. The Low-Pro is offered in three lengths from 10 to 14 inches long.

These are the same handguards used for their limited-edition Project Anorexia rifle project, where the team put together a feather-like 5.56 NATO AR weighing only 5.4 pounds. They’re minimalist rails with a lot of skeletonizing that use M-Lok slots for accessories.

All three handguards have a lot of negative space to the point where there’s almost no rail on them, just two short rail sections at the front and rear of the handguard at 12 o’clock. Accessories other than iron sights and optics will have to be mounted using an adapter, which is key to these rails’ light weight. The handguards have M-Lok slots at 3-, 6-, 9- and 12-o’clock for add-ons. 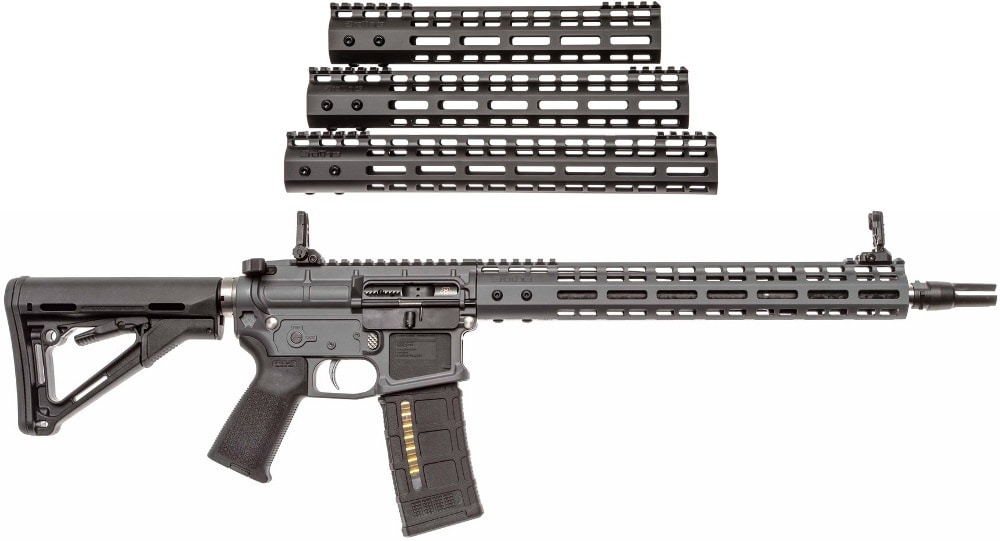 Everything that can be removed has been removed. The heaviest rail weighs 9.3 ounces including the extended barrel nut. Project Anorexia rifle not included. (Photo: EraThr3)

The E3H1 rails are machined from 6061 alloy aluminum and come with steel barrel nuts. The hanguards have a hardcoat anodized finish and is designed to work with 7mm M-Lok T nuts to avoid interference with accessories mounted around the gas block, if any.

They’re higher-end rails and priced between $255 and $274 and are currently available exclusively through Rainier Arms.