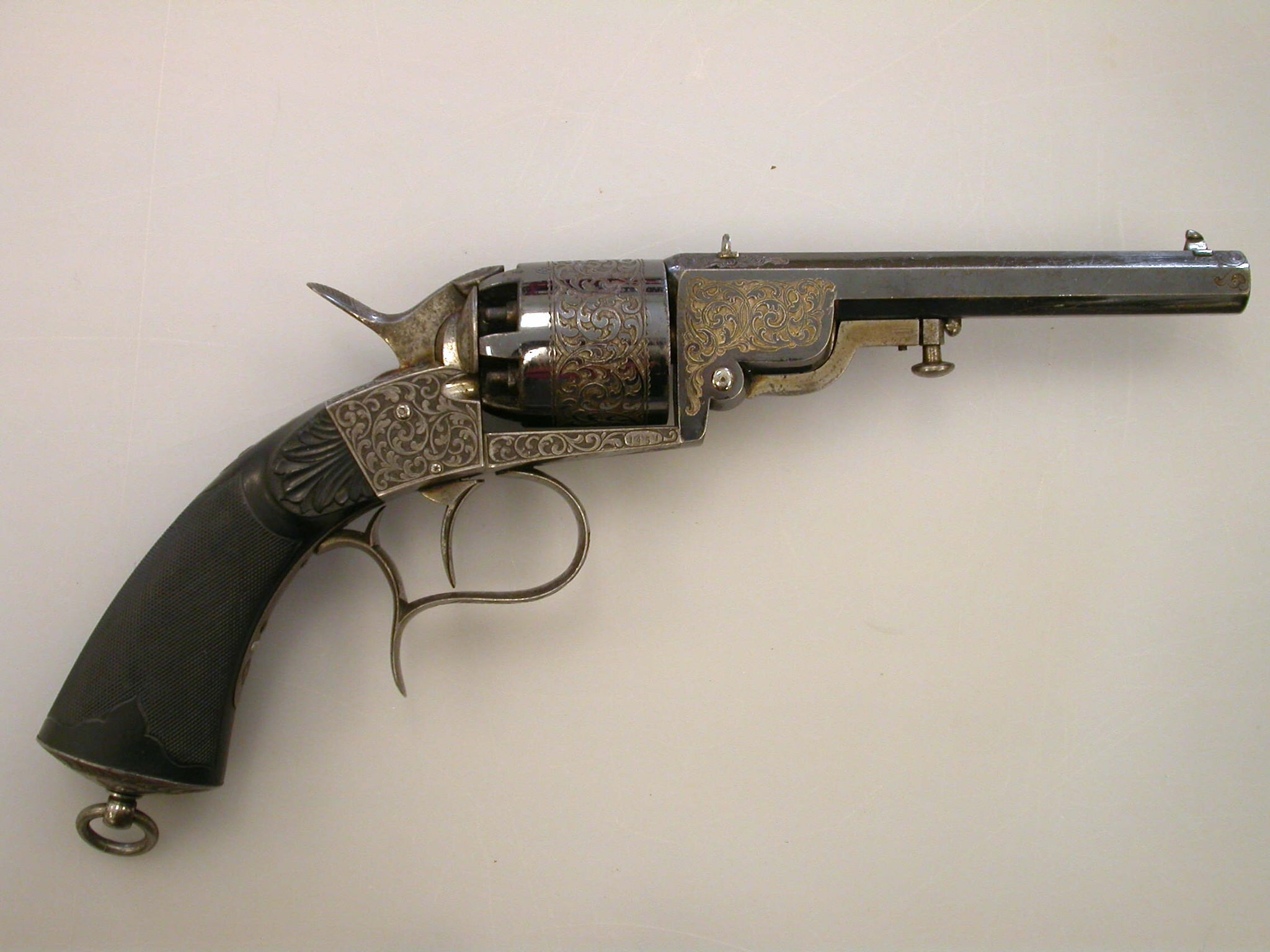 Guns.com got a special look at a rare revolver attached to a legendary naval figure in American history.

Born in 1809 in Maryland, Raphael Semmes entered the U.S. Navy at age 17 as a midshipman. By the time of the Mexican War, he was a lieutenant in command of the brig USS Somers and survived her sinking in a storm off Vera Cruz. Just before the start of the Civil War, he was a top officer in the Lighthouse Bureau before resigning and casting his lot with the Confederate Navy in the War Between the States.

Serving as skipper of the commerce raider CSS Sumter he captured 18 Union merchant ships before he found himself trapped in a European port and left the Sumter behind.

While passing through England on his way back home with his officers, Semmes was presented with a new revolver by Confederate agents in the country who were busy purchasing arms for the South, and ships to run them back through the blockade. 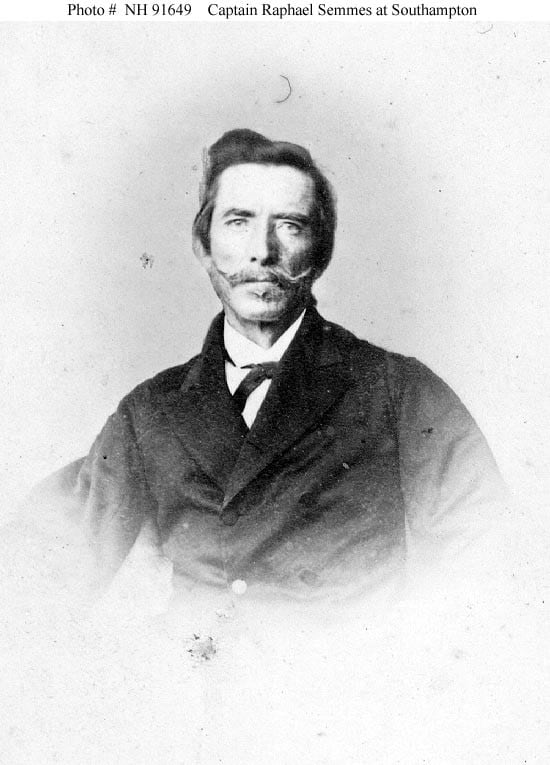 Long story short, Semmes was promoted to Captain and given a brand new ship, the raider CSS Alabama which went on to make a name in naval history by capturing 65 Union merchantmen without taking a life and destroying the USS Hatteras– after which he picked up the survivors and transported them to Jamaica.

While Alabama was sent to Davy Jones locker in a quick battle with the U.S. Navy in 1864, Semmes managed to beat feet back to the South and avoid capture.

He ended the war in 1865 where with the dubious distinction of serving the Confederates first as an admiral and then, when all of the South’s ships were gone, as a general in charge of naval infantry on shore. He later died in his adopted hometown of Mobile, Alabama as a respected local lawyer.

Which leads to that revolver we mentioned.

The city-run History Museum of Mobile has in its collection a number of Semmes’s artifacts including his saber and the rare cap and ball revolver presented to him in 1862– and Guns.com got a closer look at it recently. 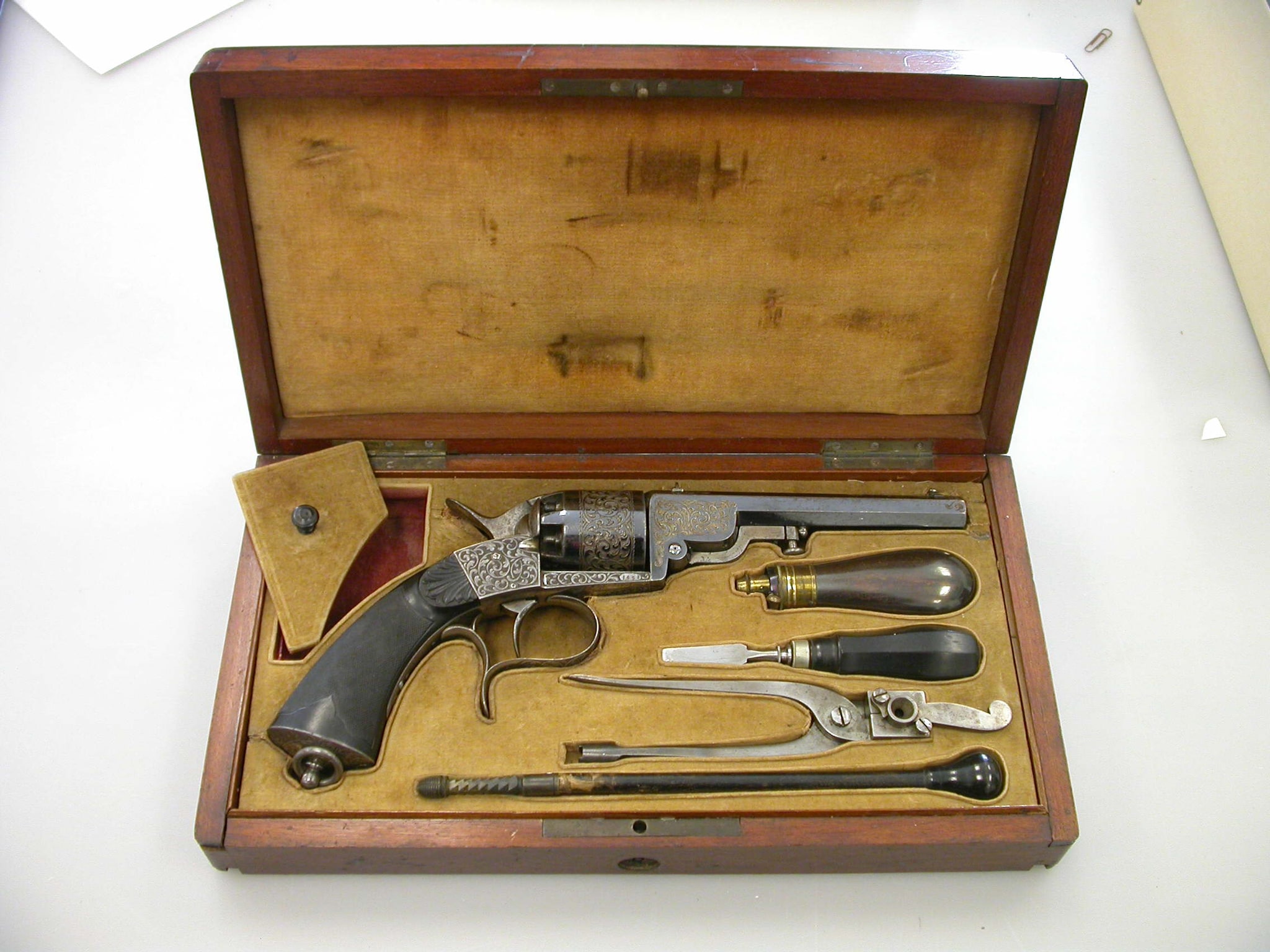 The Semmes gun in its presentation case with powder flask, tools and bullet mold. (Photo: History Museum of Mobile)

Held in a rosewood case that holds the pistol and accessories, the metal plate on the lid reads, “Presented to Captain Raphael Semmes, Belsize Park, 14 May 1862.”

Belsize Park was, in 1862 as it is now, an exclusive area of north-west London.

The description, compiled by History Museum of Mobile Curator of Collections Holly Jansen and given to Guns.com reads as follows:

The Semmes revolver on public display along with a trove of other Mobile area history at the museum located at 111 South Royal Street, Mobile. 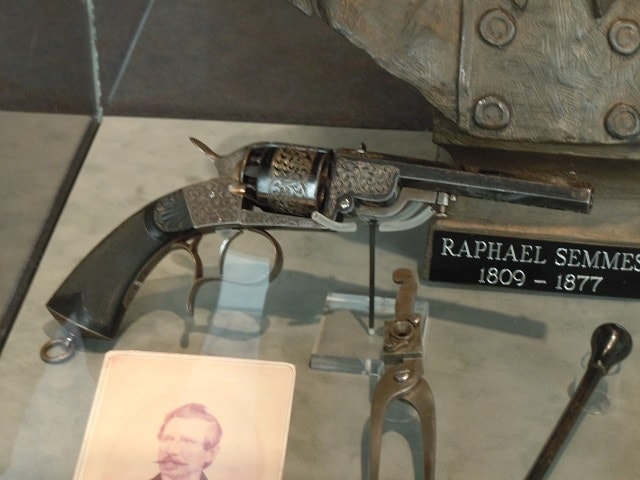 You can see the Semmes revolver on display at the History Museum of Mobile. (Photo: Chris Eger/Guns.com)